Adebayor to Newcastle? The January window never fails to impress! 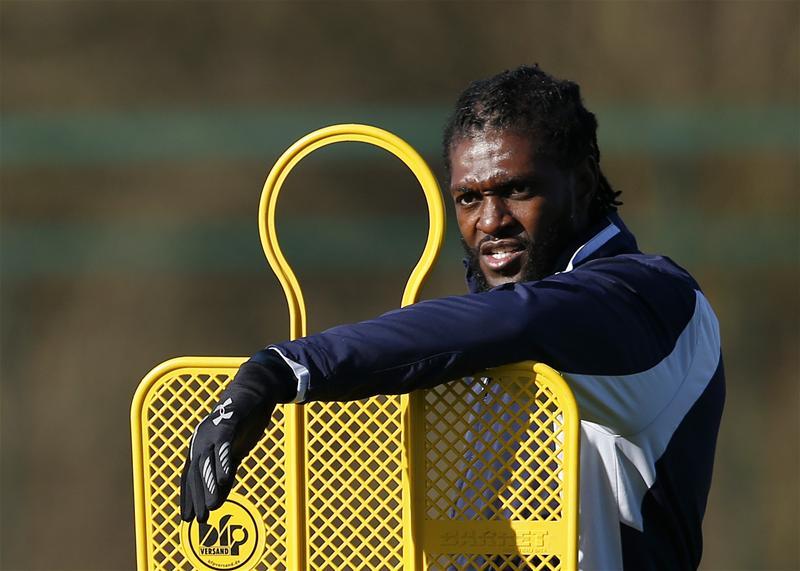 With just a few days of the January transfer window left, the rumour mill seems to be working overtime amid reports of Newcastle signing Emmanuel Adebayor.

January is always a tricky month for clubs when it comes to bringing in new players, with the valuation of some unsettled stars skyrocketing to ludicrous amounts and managers often making panic-buys in the dying hours of deadline day.

You only have to look at Manchester United’s pursuit of Sporting midfielder Bruno Fernandes, whose representatives have been in talks with the Red Devils throughout this month as a deal appeared to be getting closer.

However, reigning La Liga champions Barcelona have now entered the race for the Portugal international in a deal that would see the Catalans sign the 25-year-old permanently before loaning him to Valencia for the rest of the campaign.

That would then see 28-year-old forward Rodrigo, who has been with Los Che on a full-time basis since 2015, make the switch to the Camp Nou to fill the void left by the injured Luis Suarez, who is set to miss the remainder of the season after undergoing knee surgery.

It can often turn into a dogfight between clubs when it comes towards the end of a transfer window, fighting to get a deal over the line, but there are also some moves that come completely out of the blue.

Take Benjani’s switch from Portsmouth to Manchester City in February 2008, the Zimbabwe forward, who reportedly fell asleep in Southampton airport on deadline day, subsequently missing two flights on his way to signing for the Citizens, was never expected to leave for the blue side of Manchester.

Every winter window there always seems to be that one deal that comes out of nowhere and that could be the case again this month, with Newcastle United said to be showing an interest in Emmanuel Adebayor.

The 35-year-old Togo international is currently without a club after leaving Turkish top-tier side Kayserispor in December and he has now been linked with a switch to St James’ Park on a short-term contract.

Magpies boss Steve Bruce is desperate to bring in some attacking reinforcements with club-record signing Joelinton, who joined from Hoffenheim last summer in a £40million move, scoring just one Premier League goal since his arrival.

Andy Carroll and Dwight Gayle have both struggled for fitness this season, leaving the north-east outfit short of options in the final third, and the addition of Adebayor until the end of the campaign could be a useful signing.

The Lome-born star is well travelled, having played for Metz, Monaco, Arsenal, Manchester City, Real Madrid, Tottenham Hotspur, Crystal Palace and Istanbul Basaksehir during his career, and his experience would be invaluable.

Scoring goals has never been an issue for Adebayor, who has 97 Premier League strikes to his name, but would he really fit into Bruce’s formation of playing one striker through the middle.

Adebayor is no spring chicken at 35 years of age but, if you need someone to throw on for the last 20 or 30 minutes, he would be the man for that, and the Magpies may be tempted into making a swoop.

One thing is for sure, if a deal was completed it would be unexpected but, as every football fan knows, nothing is impossible when deadline-day looms.