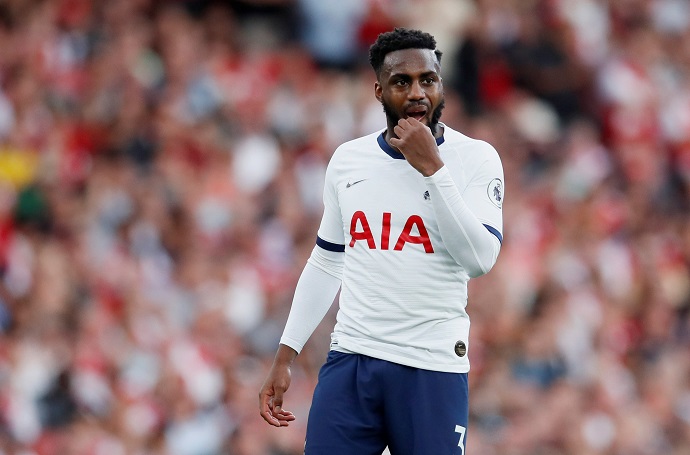 Newcastle have completed the signing of England left-back Danny Rose on loan from Tottenham until the end of the season.

The Magpies have been closing in on the Leeds United youth product for the past week and have now announced the 29-year-old has become their third January recruit following the arrivals of Nabil Bentaleb and Valentino Lazaro.

Rose will be eligible to make his debut in Saturday’s Premier League game against Norwich at St James’ Park and will add to boss Steve Bruce’s squad as he looks to keep the club in the Premier League.

Rose told NUFC TV: “It’s a great honour for me to be here. I’m so grateful that the manager has brought me in and I’m looking to repay him in every way I can as soon as I’m playing.

“For me, it’s really exciting that I can come here and have the chance to play in front of the Newcastle fans.”

Danny Rose could make his debut for #NUFC at St. James' Park against Norwich City this weekend! pic.twitter.com/BFnCvQhDA3

Rose’s future at Spurs had been the subject of speculation for some time and that talk did not stop even with a change of manager at the club.

He has made only five appearances since Jose Mourinho was appointed manager in November.

He will bolster Newcastle boss Bruce’s ranks following season-ending injuries to Paul Dummett and Jetro Willems after they managed to beat off competition from a number of clubs to secure Rose’s services.

Rose, who has also had loans at Watford, Peterborough, Bristol City and Sunderland in his career, said: “Newcastle is one of the biggest clubs in England.

“I spoke to the manager last night and he told me there were 50,000 fans here at the weekend against Oxford.

“You can’t go wrong with that kind of passion and support from the fans and it’s something I’m looking forward to.”