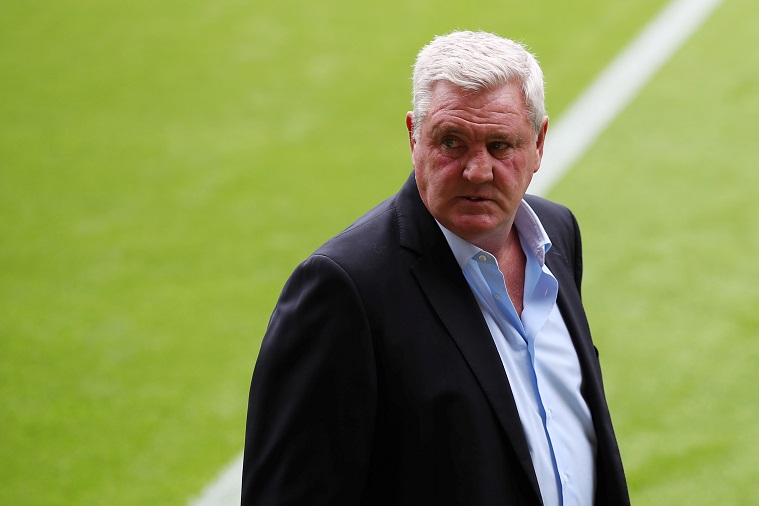 Newcastle United boss Steve Bruce says there wasn't a striker available in January that would have added to his current options.

Bruce’s club-record signing Joelinton has failed to fire since arriving from Hoffenheim for £40million last summer, scoring just one goal in the Premier League, and the English manager was eager to bring in reinforcements last month.

Newcastle were linked with several players during the January transfer window and there were claims a £25m offer was going to be made for Paco Alcacer, but it failed to materialise and the Spain international ended up leaving Borussia Dortmund for Villarreal.

The Magpies, who have frontmen Andy Carroll, Dwight Gayle and Yoshinori Muto all out injured, did make a late bid to sign Chelsea striker Olivier Giroud as they attempted to bring in a last-ditch addition.

However, the France international, who has been limited to just two Premier League appearances this season, is said to have turned down the chance to make the loan switch to St James’ Park as he wanted to play for a club in London or abroad.

In the end, Giroud failed to secure a move away from Stamford Bridge and will remain with the Blues until the end of the campaign when his contract with the west London outfit expires.

With Newcastle’s frontline toothless in Saturday’s 0-0 home draw against rock-bottom Norwich City, questions are being asked why Bruce didn’t explore other striking possibilities on deadline day.

The Magpies chief was quizzed about the failure to bring in a new forward at his press conference ahead of Tuesday’s FA Cup fourth-round replay against Oxford United, responding in defiant manner.

“There was nobody out there who we could realistically get who would make us better,” Bruce said.

Bruce did manage to bring in three new loan signings in January, adding Valentino Lazaro, Danny Rose and Nabil Bentaleb to his squad for the remainder of the campaign.