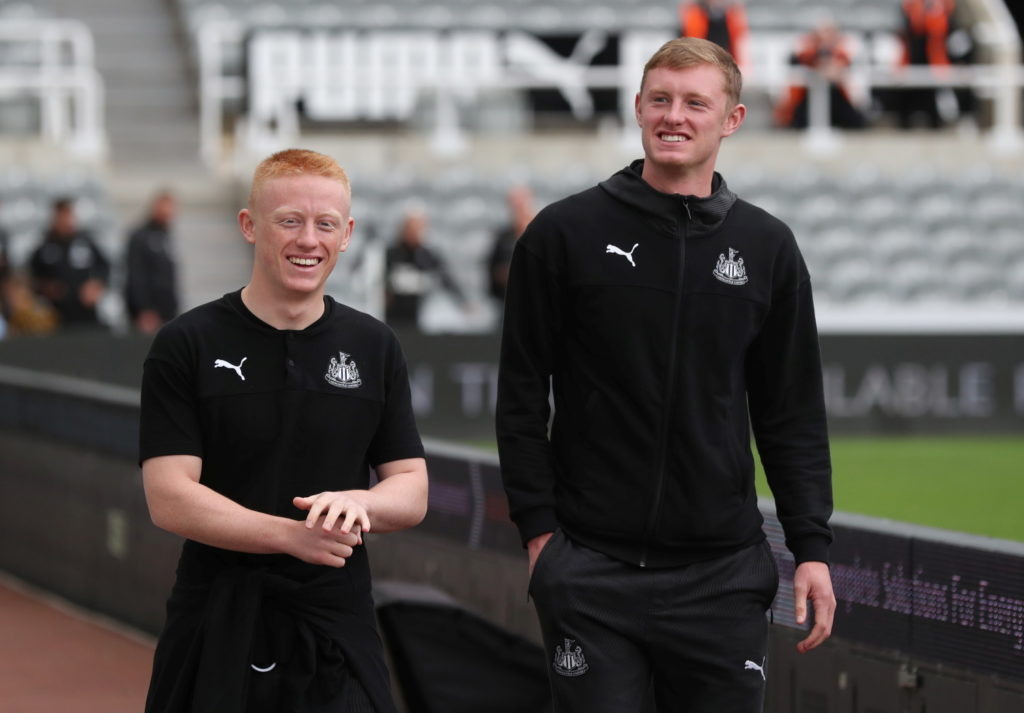 Newcastle boss Steve Bruce has admitted his concern over the fact that brothers Sean and Matty Longstaff have yet to sign new contracts with the club.

The academy graduates have been in talks with the club for some time with 22-year-old Sean having last summer found himself a target for Manchester United, against whom 19-year-old Matty scored the winner on his Premier League debut in October.

However, an agreement is yet to be reached with either player and head coach Bruce is anxiously awaiting a breakthrough.

There is sure to more interest in the duo, especially when rivals clubs become aware of the contract situation, and Bruce wants the pair tied down to new deals as soon as possible.

However he admits that the players have the power these days and they could opt to play out the situation in a way that best suits them.

Bruce is still calling for ‘common sense’ to prevail and hopes they will both commit.

The younger brother’s existing deal has now entered its final six months and with Sean yet to agree a new contract, the Magpies face a race against time to secure two of their most promising youngsters.

Bruce said: “Look, we always want to keep your best young players, especially if they’re Geordies, of course. Let’s hope they both get tied up.”

The brothers could play alongside each other once again on Tuesday evening – provided Matty shakes off a thigh problem – when the Magpies face League One Oxford in an FA Cup fourth-round replay at the Kassam Stadium.

They could both be in the shop window, not that they need to be, there is already enough interest and clubs are well aware of their talents.

Newcastle have been criticised for not spending enough money on new players, and the knives will really be out if they allow the Longstaff duo to move on.