Newcastle scrape through as Joelinton picks up injury 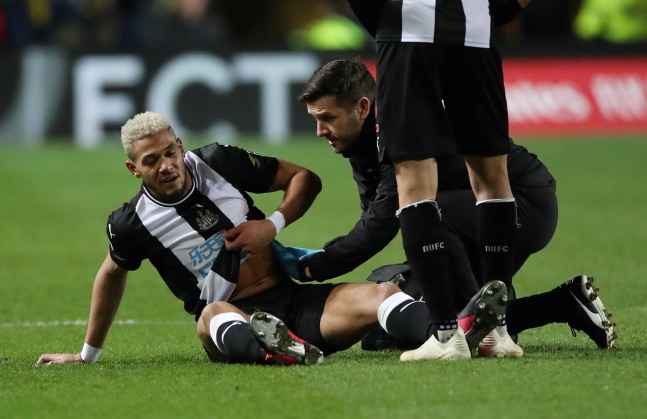 Newcastle have scraped through to the fifth round of the FA Cup but it may have come at a cost as Joelinton looks to have been added to the injury list.

Boss Steve Bruce endured a rollercoaster of an evening he claimed sums up life at Newcastle as they secured extra-time victory over Oxford in their fourth-round replay.

On course to coast into round five for the first time since 2006 courtesy of Sean Longstaff and Joelinton goals, the Magpies then conspired to seemingly throw away a place in the fifth round of the competition and a clash at West Brom.

Oxford were also the better side in the additional 30 minutes but Bruce’s men got lucky as substitute Allan Saint-Maximin struck a stunning winner to send the Premier League team through to the next round.

Bruce admitted it was ‘hairy cup tie’ and one for the neutral, not him and the Newcastle fans, but is just relieved to have got through.

“I think it is significant for a club like ours to get into the fifth round, I know what it does for the club, the city and the supporters,” he said. “We are in the next round, we have made hard work of it against Rochdale and Oxford but I think we fully deserved it.”

Joelinton struck the second of the game despite hitting the deck through injury moments before.

He was replaced by Saint-Maximin soon after and Bruce fears he may have cracked a rib as his injury crisis shows no sign of abating.

The full extent of the damage has yet to be revealed and Bruce will be keeping his fingers crossed it is nothing serious. The goal could do the striker the world of good and they do not need an injury stopping him in his tracks.