Home Premier League Newcastle United Bin Zayed Group, the Kardashians, the Hearn family – When will it end for Newcastle fans?

Bin Zayed Group, the Kardashians, the Hearn family – When will it end for Newcastle fans? 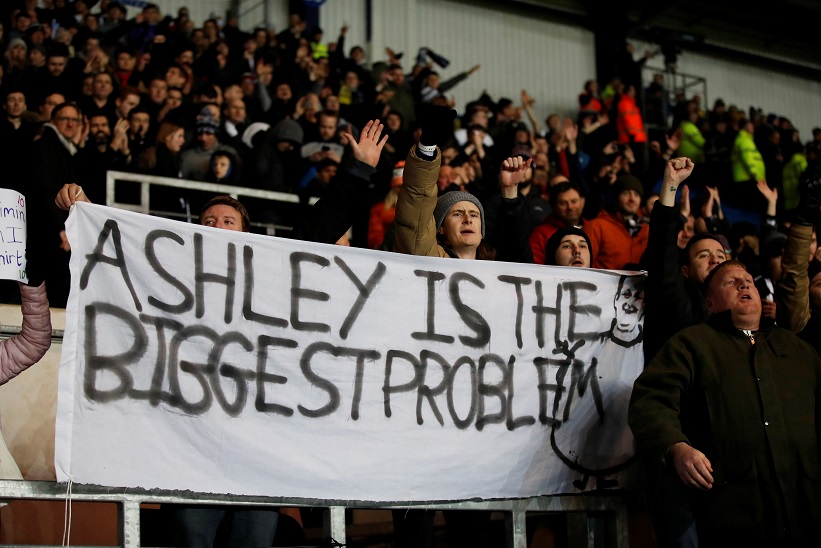 With Eddie Hearn now weighing in on the takeover talk surrounding Newcastle United, just what on earth is going on at St James' Park?

It seems to be the same old story for Newcastle supporters when it comes to news of a possible takeover. Reports emerge in the media over interest, fans begin to get excited, negotiations breakdown, Mike Ashley remains as the owner.

Unfortunately, this cycle has been going on for the past couple of years, starting with Amanda Staveley, backed by PCP Capital Partners, failing to buy the club in 2018 after they were put off by the demands being made by the Magpies’ current incumbent.

Next up was former Manchester United and Chelsea chief executive Peter Kenyon, who failed in his attempts to purchase the club, before the Bin Zayed Group, said to be worth billions, were also unable to get a deal over the line last summer.

What’s that? More takeover talk you say? This time in January? Go on then. Coming back for a second crack was Staveley over the recent Festive period as reports claimed she was attempting to broker a deal for Saudi Arabian Crown Prince Mohammed bin Salman to buy Newcastle.

It all seemed so positive, with many news outlets suggesting a deal was on the verge of being completed but just like previous attempts, this one looks like it will be heading into the bin, among the others.

After previous failed efforts to take over the Magpies, Newcastle supporters won’t have been getting the champagne out in the fears that, like so many times before, the rumours were exactly that…rumours.

The tip of the iceberg could have been when reports suggested a friend of the Kardashian family was key to a deal for Saudi Arabia’s sovereign wealth fund to buy the north-east outfit, but there was still more to come.

Eddie Hearn has now been forced to come out and clear up reports linking his father Barry to a Newcastle takeover, all because the latter was at the Gateshead Sage to promote Lewis Ritson’s fight against Miguel Vazquez at Newcastle Arena on April 4.

His visit to Tyneside came just a few days after a report in a national newspaper claimed Hearn Snr had introduced Staveley to the Saudi Arabian Crown Prince Mohammed bin Salman.

Clearing up the situation, Eddie said: “Unfortunately, I’d love to tell you it was true but it’s absolute rubbish. I don’t know if our name was used to try and leverage the price of the football club but there’s not been one discussion and we are not involved in any discussions.”

It is well and truly silly season for takeover talk in Newcastle right now and it would be no surprise to see Ashley still in charge of the Magpies come this time next season.