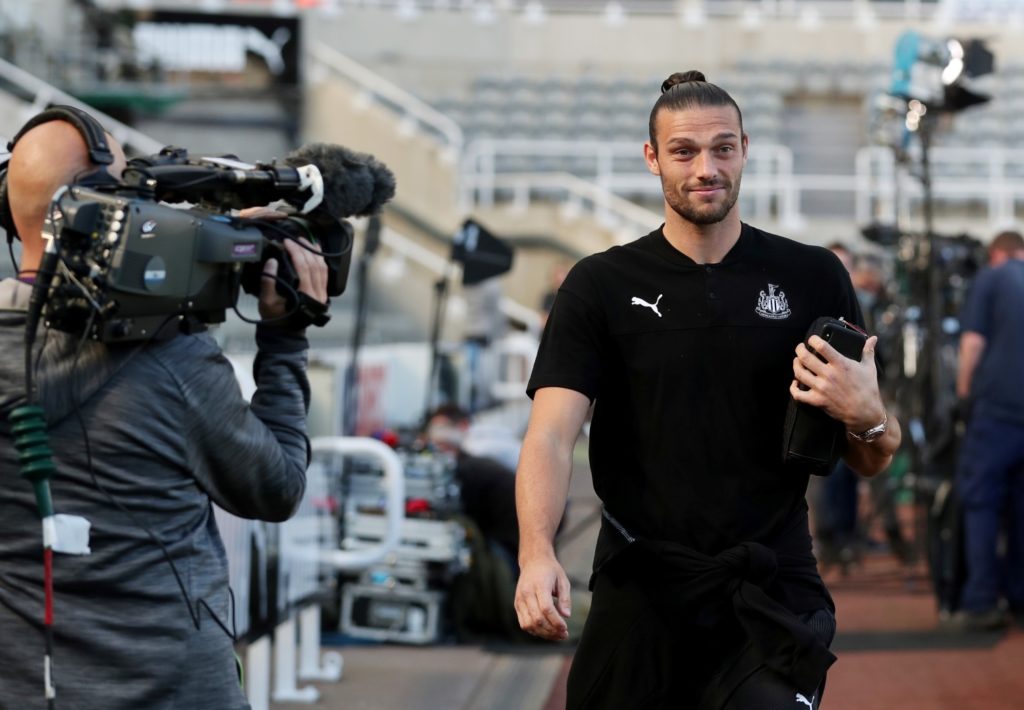 Steve Bruce has admitted Newcastle are struggling to get to the bottom of the injury which is keeping Andy Carroll on the sidelines.

Former England international Carroll returned to St James’ Park last summer on a free transfer, putting pen-to-paper on a pay-as-you-play deal, but he has only managed 14 appearances in all competitions since his return to Tyneside.

The 31-year-old has been plagued with injuries during his career and he is currently out of action due to a hip problem, the latest niggling concern on the long road back from ankle surgery that has kept him on the sidelines since the middle of January.

Bruce had hoped to have the striker available for Sunday’s Premier League trip to Arsenal, but these hopes have been dashed after the recent setback and the manager admits he and the medical team have been left scratching their heads at the issue.

"We’re just going to assess if it’s too early for Muto and Gayle but they’re training. Andy Carroll still isn’t right. We expected him to be OK but unfortunately he’s not. Thankfully it’s not his ankle but it’s his hip flexor which isn’t quite right.” pic.twitter.com/qVkSxwzOlt

He said at his press conference: “The frustration for us all is that just as we thought we were getting Andy back with those seven or so games, unfortunately he volleyed a ball out here and hasn’t been the same.

“We haven’t been able to get a diagnosis for him, really, which is a frustration for everybody. The big thing is that his ankle is OK, but it’s frustrating for all of us, especially Andy, who is disappointed over something you think is nothing.

The club’s medics are confident the issue is not a problem with the joint itself, but are yet to identify the exact source of the discomfort.

In the meantime, Carroll, who left Newcastle for Liverpool as a 22-year-old in January 2011, is having to deal with further frustration.

The striker is one of a number of players currently on the sidelines with Paul Dummett and Jetro Willems out for the season, while Jonjo Shelvey, Javier Manquillo, Emil Krafth and Jack Colback are still recovering from their respective issues.