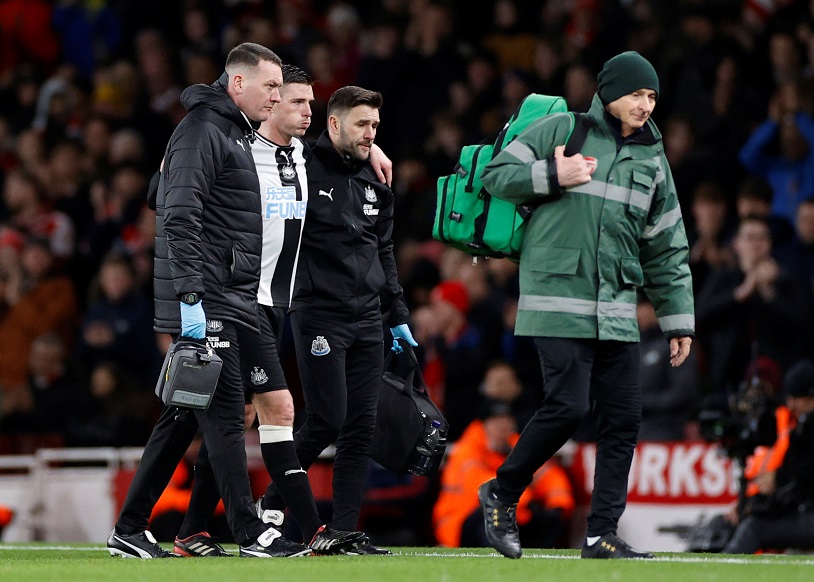 Ciaran Clark is expected to miss the remainder of the 2019/20 campaign for Newcastle United after suffering ankle ligament damage.

Republic of Ireland international Clark was forced off in the 83rd minute of the 4-0 Premier League defeat against Arsenal at the Emirates on February 16 and he was subsequently ruled out of the 1-0 defeat at Crystal Palace last Saturday.

Those two defeats mean the Magpies have recorded just one league win from their last nine attempts and the north east outfit have slipped to 14th in the standings, seven points clear of the relegation zone.

Fears of being sucked into a battle against the drop are becoming more real with every disappointing result and Newcastle have a massive clash this weekend when they welcome Burnley to St James’ Park.

Unfortunately, Steve Bruce looks like he will have to do without the services of Clark for the rest of the season following reports he faces a long spell on the sidelines due to ankle ligament damage.

SB on Ciaran Clark: “It’s a nasty one, that’s for sure. We’re not too sure on how long [he’ll be out] but he goes to see a specialist this week. He’s in a boot at the moment and has badly twisted his ankle. The severity of the ligament damage we’re not too sure of yet.” pic.twitter.com/lkR4WqIclm

The 30-year-old would be the third defender to have been KO’d for the remainder of the campaign, with Paul Dummett and Jetro Willems both unavailable due to thigh and knee injuries respectively.

Clark has been a key figure for Newcastle this season and from the 14 league games he has played in, the Magpies have won six, drawn five and lost three – conceding 17 and scoring the same amount.

In the 13 games without the centre-back, the Tynesiders have won two, drawn two and lost nine – conceding 24 goals and scoring just seven – highlighting his importance to the team.

Clark’s absence will also be a massive blow for the Republic of Ireland, who take on Slovakia in a Euro 2020 play-off match, with the winner going up against either Northern Ireland or Bosnia and Herzegovina for a place in the main stage of the tournament.