Bruce backs Newcastle ace to be star of the future 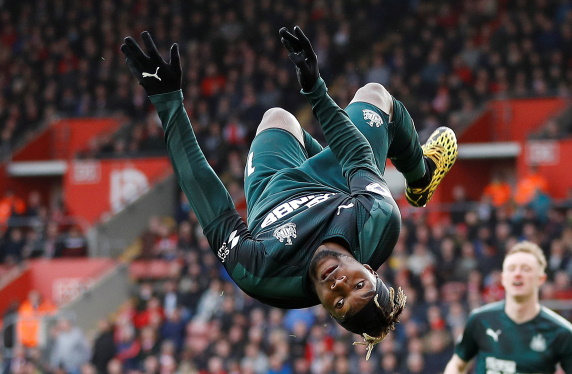 Steve Bruce says the future for Allan Saint-Maximin looks a bright one after his late strike secured all three points over 10-man Southampton at St Mary's.

The Magpies had failed to score in their last four top-flight outings and the pressure was increased after Matt Ritchie missed a penalty in the first half.

Bruce spoke of his delight for the player after the game, and is confident there is much more to come from the French forward.

The Magpies boss says the Saint-Maximin is a crowd pleaser with natural talent and although he still has a lot to learn, he is only going to get better and better.

“He’s got frightening pace and great balance and got that thing where he wants to beat you and we don’t see that too often anymore,” Bruce said. “It can be a bit frustrating at times and he has to learn, but if he learns he’s got a big, bright future ahead of him.”

Bruce conceded that his side have been struggling in front of goal but was pleased with the manner in which they adapted to the challenge at St Mary’s, as Saints dropped off and allowed his side to have more possession.

“Then we have to create and that’s the hardest part of what we’ve found all year – creating a chance and taking the chance has been our Achilles heel,” Bruce added. “That’s why we’ve only scored 25 goals, but we couldn’t have asked for any more opportunities in the first half.”

Next up for Newcastle is a tough looking home game against Sheffield United, who are pushing for a Champions League place, before they turn their attention to the FA Cup and quarter-final clash with Manchester City.