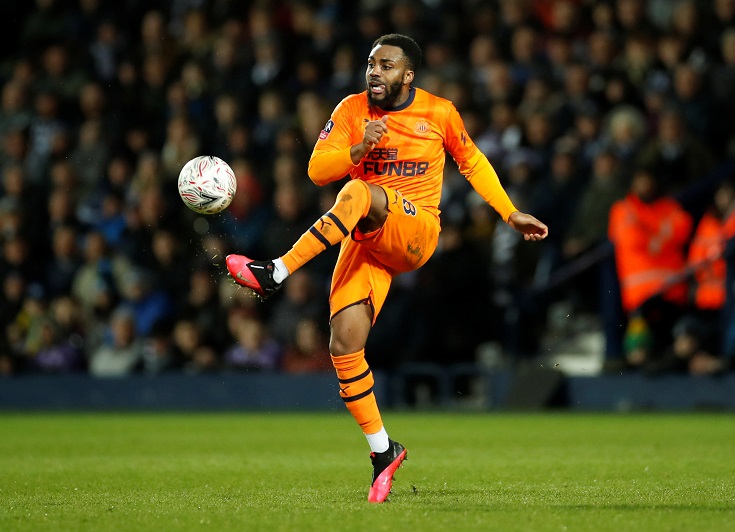 Danny Rose is adamant he is still in England boss Gareth Southgate's thoughts for Euro 2020 after making his loan move to Newcastle United in January.

England international Rose slipped down the pecking order at parent club Tottenham Hotspur in the first half of the season and he joined Newcastle on loan in January until the end of the campaign.

The full-back, who started his country’s autumn qualifiers against Bulgaria and the Czech Republic, has played five Premier League games for the Magpies, keeping three clean sheets in that run.

Newcastle are believed to be weighing up a permanent offer for the 29-year-old in the summer transfer window, and it is thought Spurs will listen to offers for the defender.

With Euro 2020 getting ever closer, Southgate will have some big decisions to make over the next couple of months, with the battle for a left-back spot set to intensify.

Leicester City’s Ben Chilwell and Manchester United’s Luke Shaw are both in contention for a place in the squad but Rose, who has been capped 29 times, believes he has a big part to play for the Three Lions.

“Obviously, I do need to be playing well, but it’s not just about performances when the manager is picking his squads because you could be on the road for four or five weeks, so it’s no good picking people who may be disruptive or stuff like that,” he told NUFC TV.

“I do feel confident that I’ll be selected, but I don’t think I’m just selected on performances. I do bring a lot to the camps and I know he realises that and I know he values that.”

Rose will be looking to impress on Saturday when Newcastle welcome Sheffield United to St James’ Park for Premier League action.

The Magpies, who are sitting 13th in the standings, are looking to do the double over the Blades, having recorded a 2-0 victory earlier in the season at Bramall Lane.