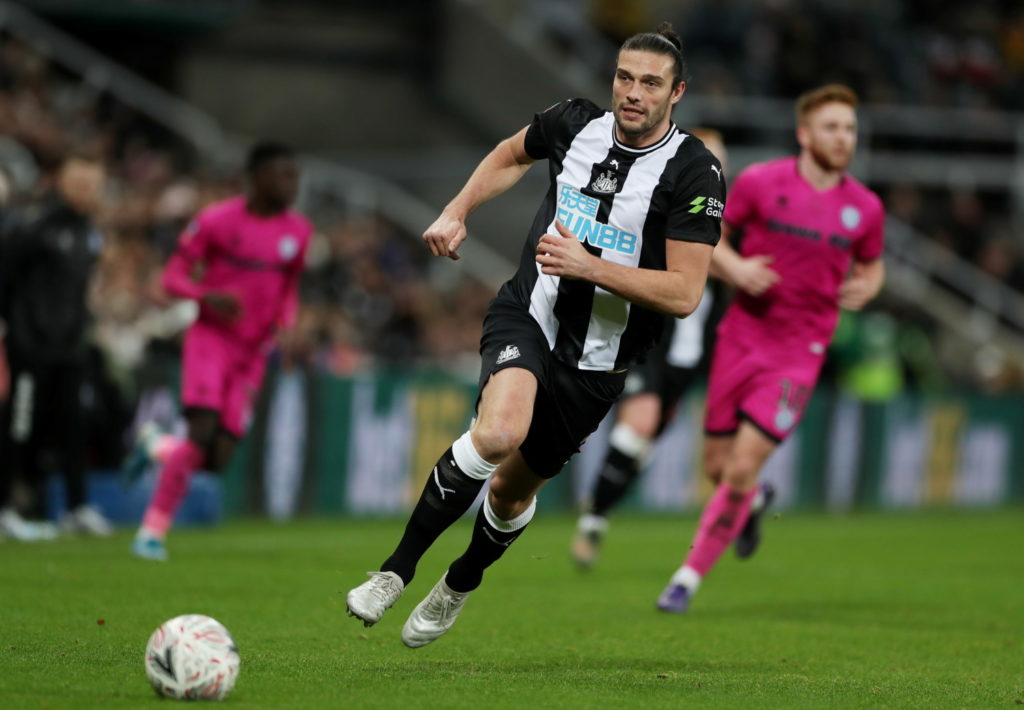 Newcastle boss Steve Bruce says Andy Carroll "is in and around it again" after battling back from hamstring and knee problems.

Carroll rejoined the Magpies in the summer, signing on a free transfer following his injury-plagued seven-year spell at Premier League rivals West Ham.

The 31-year-old came through the Magpies’ academy before signing for Liverpool for £35m in January 2011. However, having found opportunities tough to come by under Brendan Rodgers, he joined the Hammers on an initial loan in 2012 before agreeing permanent terms in 2013.

Injuries meant he managed just 142 appearances in east London, netting 34 times and the board decided not to hand him a new deal.

Since returning to Tyneside, fitness issues have again hampered his progress, making just 14 outings this season, four of which were starts.

The 4-1 FA Cup third-round replay win over Rochdale on January 14 was Carroll’s last appearance and there were hopes that he would be fit to face Manchester City in the quarter-finals of the FA Cup.

Good news for #NUFC as Andy Carroll made his return to training https://t.co/sxN6px2zqQ

That fixture was due to be played on Saturday. However, the global coronavirus pandemic has postponed the season and the Gateshead-born forward will have to wait for his return.

Bruce says the forward was back in training ahead of the 1-0 win at Southampton and has been building up his fitness.

The Premier League has been postponed until the end of April and he will hope to be involved against Tottenham Hotspur on May 2.

Speaking of the forward, Bruce told the Chronicle that he is approaching full fitness and is confident he will be available for when the campaign continues.

“Andy Carroll had been back on the training field,” he said. “We had him joining in for the last couple of days (in build-up to Sheff United game).

“So he is in and around it again.”