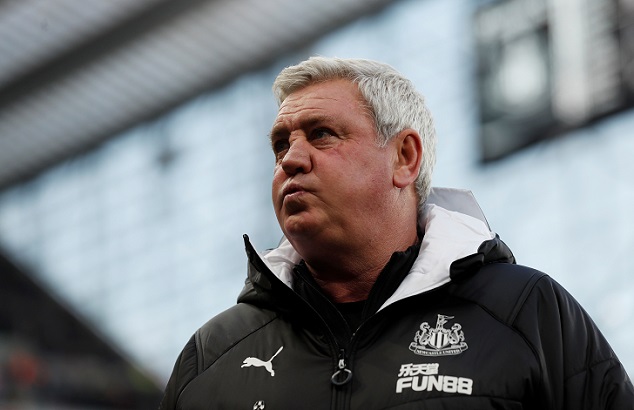 Steve Bruce has brought in eight new faces to Newcastle this season, either permanently or on loan, so how has each individual got on at St James' Park?

Big things were expected when Joelinton arrived from Hoffenheim last summer in a club-record £40million deal, but he has struggled immensely during his time in England and has only managed to score one Premier League goal.

Wearing the famous number nine shirt for the Magpies appears to be weighing heavily on the Brazilian’s shoulders and he is already being branded one of the worst acquisitions Newcastle have made.

Given the fact the likes of Albert Luque, Diego Gavilan and Laurent Charvet have pulled on the black and white stripes, this says a lot about Joelinton, whose signature was rejected by former boss Rafael Benitez.

In need of striking reinforcements last summer, Bruce made the call to sign former Newcastle star Carroll on a free transfer after his contract at West Ham United expired.

The 31-year-old, who signed a pay-as-you-play deal, is yet to open his account this season, but he has registered three assists, proving he still has something to offer.

However, injuries have limited Carroll to just 13 league appearances in this campaign and his lack of availability means his return to Tyneside has not proven to be a successful one.

The 25-year-old’s defending has come under scrutiny and he has dropped to number three in the pecking order in his position behind Javier Manquillo and DeAndre Yedlin.

The biggest success story to come out of Bruce’s buys is the addition of Saint-Maximin. The French winger has provided the Geordie faithful with some eye-catching performances and brought an air of unpredictability to the first team.

The 23-year-old’s pace, trickery and creativity have all been a welcome addition to the Magpies. Without him in the starting XI, the north-east outfit appear lacklustre in the final third.

Saint-Maximin is already being linked with a move away from St James’ Park in the summer, highlighting just how quickly he has adapted to the English style of football.

Netherlands international Willems arrived on a season-long loan from Eintracht Frankfurt and he immediately became a fans’ favourite on Tyneside, with his goals against Liverpool and Manchester City particular highlights.

Unfortunately, the 25-year-old’s campaign was ended early after picking up a knee injury against Chelsea on January 18. He has since returned to his parent club to receive treatment.

However, the left-back made a good impression on Bruce and a permanent offer is expected to be made in the summer transfer window.

Bentaleb joined the Magpies on loan from Schalke in January until the end of the season. However, he is yet to taste victory from his three appearances in the league, losing twice and drawing once.

Although having previous experience of playing in the Premier League with Tottenham, the 25-year-old has looked a little off the pace and it is too early to determine whether he has been a good temporary addition or not.

Like Bentaleb, Lazaro joined on loan in January from Inter Milan and the 23-year-old has settled into life on Tyneside nicely.

Although receiving a red card in the league defeat to Crystal Palace, the Austria international has also shown his versatility, having been played in midfield and right-back.

Lazaro looks to be a solid player with a good touch and willingness to learn, so it would be a surprise if Newcastle did not attempt to make his loan move a permanent stay.

With injuries to left-backs Paul Dummett and Willems, Newcastle needed a replacement in January and they managed to bring in Rose on loan from Tottenham for the rest of the campaign.

The 29-year-old has plenty of experience and has slotted into the left-back position effortlessly, forming a good partnership with Saint-Maximin down that flank.

Depending how much Spurs want for the England international, who only has 15 months left on his contract, the Magpies are expected to make an offer for him in the summer.