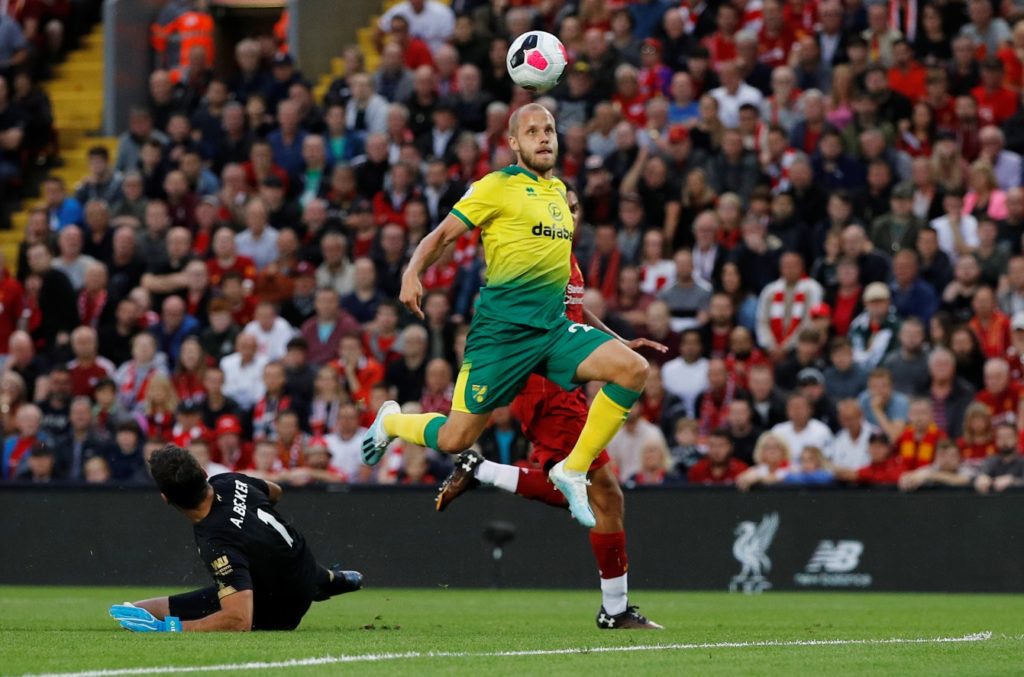 Kenny McLean says Norwich have to provide better service for Teemu Pukki if they are to pull clear of danger.

The Canaries slipped to a 2-0 defeat at Brighton over the weekend and are now winless in six, with five defeats and one draw since a shock 3-2 win over Manchester City in mid September.

Striker Pukki managed six goals in his first five league games of the season but hasn’t scored since.

Pukki did find the back of the net twice for Finland during the international break in October, and McLean feels if the rest of the Norwich squad can create chances for the 29-year-old he will rediscover his scoring form from the early stages of the campaign.

“We’ve got to create a lot more,” he told The Pink Un. “We’ve got a guy at the top end of the pitch [Pukki] whose movement and finishing is second to none, and we’re giving him nothing.”

The Carrow Road club have conceded 14 goals during their six-game winless run.

Scotland international McLean says they have to improve in defence and in all areas if they are to pull away from the danger zone.

He added: “We need to take a long, hard look at ourselves. It’s been a tough few weeks, we need to go back to the drawing board all over the pitch and it’s not just stopping goals or creating chances.”

Norwich have lost eight of their 11 Premier League games this season and have picked up just seven points.

The Canaries sit in 19th spot, above only winless Watford, and are four points adrift of safety after the latest round of fixtures.