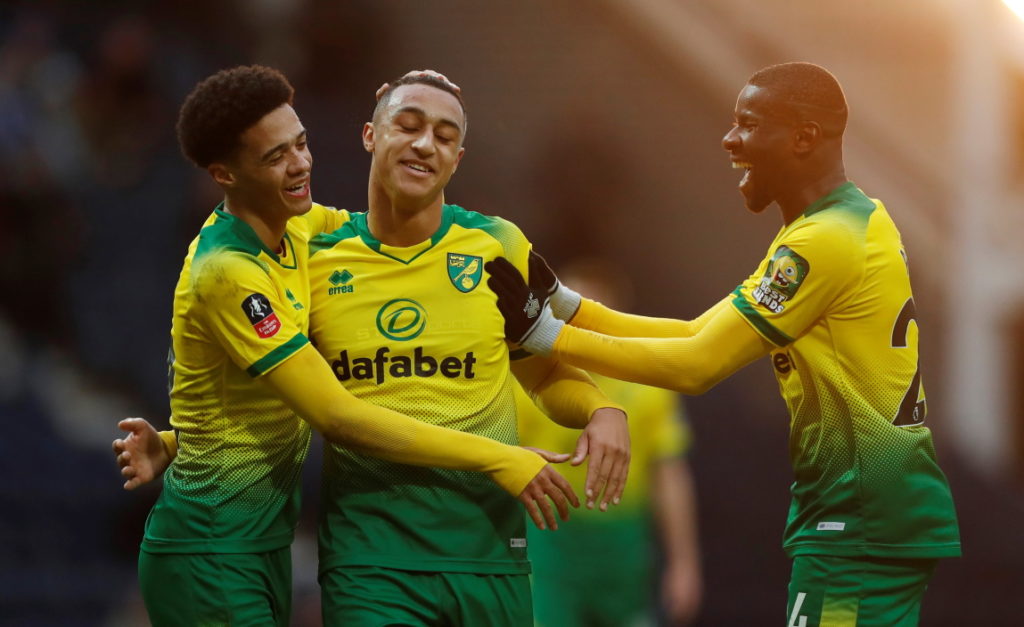 Teenager Adam Idah is hoping to have done enough to keep his place after his hat-trick fired Norwich into the fourth round of the FA Cup.

A 4-2 win over Preston at Deepdale saw Norwich clear the first hurdle in this competition for the first time since 2013 but of more significance could be the emergence of a homegrown goalscorer as they continue to battle the drop.

Idah, on only his second Norwich start after making his Premier League debut as a substitute on New Year’s Day, belied his lack of experience with a well-taken hat-trick, having also played a role in Onel Hernandez’s strike.

Idah opened the scoring inside 84 seconds, saw a shot parried before Hernandez made it 2-0 in the 28th minute, and had Norwich 3-0 up before the break as he fired into an open goal from distance.

After Billy Bodin pulled one back for Preston, Idah completed his hat-trick from the penalty spot after being felled by goalkeeper Connor Ripley, with Josh Harrop completing the scoring late on with a second consolation for Preston.

Norwich’s priorities lie elsewhere with the club still bottom of the Premier League, some seven points from safety.

With Teemu Pukki an injury doubt and Manchester United up next, Idah is hoping to have made a case for more involvement.

“That’s what I’m working towards and if I get more opportunities I’ll take them,” he said.

Manager Daniel Farke did not rule out including Idah at Old Trafford next week, but said the youngster still has much work to do to improve.

“A few months ago, in his only other start at Crawley, it was not his best day and he looked so far away from Premier League football,” he said. “But we support him and tonight was a top-class performance.

“Adam has a lot to prove but without any doubt this was definitely a good start.”