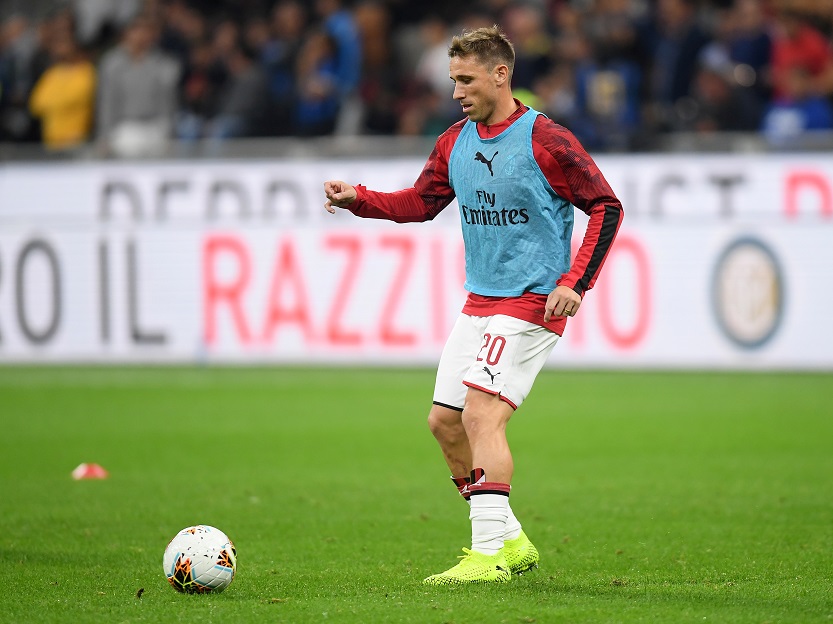 Norwich City are reportedly one of three clubs given the chance to sign AC Milan midfielder Lucas Biglia this month.

Former Argentina international Biglia joined the Rossoneri in July 2017 from Lazio in a deal believed to be worth £17million.

He was a regular first-team fixture during his debut season, making 28 Serie A appearances and scoring one goal.

However, the 33-year-old has slipped down the pecking order over the past season-and-a-half, starting just 19 league matches, and there are strong reports linking him with an exit from the San Siro before the January transfer window closes.

The midfielder’s contract expires in the summer and Milan are eager to get something for the Buenos Aires-born star, who is said to be attracting interest from the Premier League and the Spanish top flight.

It is claimed Norwich, who are rock-bottom in the PL, have been offered the opportunity to sign Biglia and manager Daniel Farke is said to be seriously considering a permanent deal.

The Canaries have managed to bring in two new players this month, signing Ondrej Duda on loan from Hertha Berlin and Lukas Rupp on a permanent deal from Hoffenheim, and more arrivals are expected as the club look to retain their top-flight status.

Milan are also believed to have offered the Argentine to Watford, who are enjoying a fantastic revival under Nigel Pearson, and La Liga strugglers Celas Vigo, who are only outside the relegation zone on goal difference.

With Biglia’s contract running out in the summer, he will be available for a cut-price deal and it is thought £2-3million will be enough to acquire his services.