Farke refusing to give up on Norwich great escape 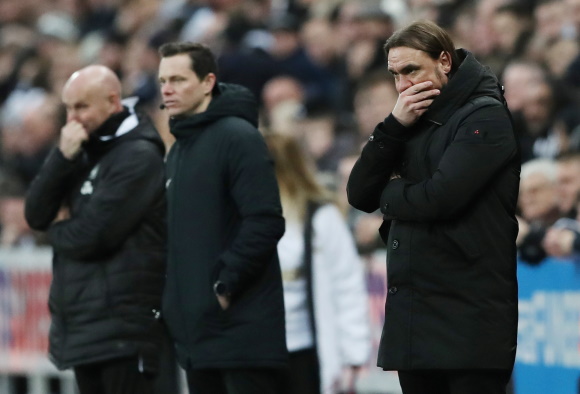 Norwich boss Daniel Farke is refusing to give up in the fight to beat the drop despite squandering a great chance to pick up three precious points at Newcastle.

The bottom-of-the-table Canaries dominated proceedings at St James’ Park and made enough chances to have won the game comfortably, only for some wayward finishing by Teemu Pukki and the excellence of Magpies keeper Martin Dubravka to ensure they emerged with only a 0-0 draw.

They are now seven points from safety with 13 games to go, but Farke is hopeful that they can defy the odds and stay up if they continue to play with such vigour.

Tim Krul on the end of season run-in 👇

Norwich have a young side and not the same amount of quality as some sides in the division, but Farke believes that heart and determination could get them through.

“We know it would be a little miracle, but we know it’s possible because we deliver such top-class performances,” he said. “Definitely a few points would have helped today, so just to be allowed to travel back with one point is disappointing, without any doubt.”

Norwich might have been ahead as early as the fifth minute had Dubravka not kept out Sam Byram’s bullet header, and the Slovakia international denied Pukki either side of half-time as chances kept coming, but went unclaimed.

Farke admitted that an away draw at Newcastle and a clean sheet is not normally a bad result, but on this occasion felt it should have been more.

There is still time for the Canaries to pull off the great escape but they will have to take their chances if they are to have any hope of getting out of the bottom three and Saturday was an opportunity missed for sure.