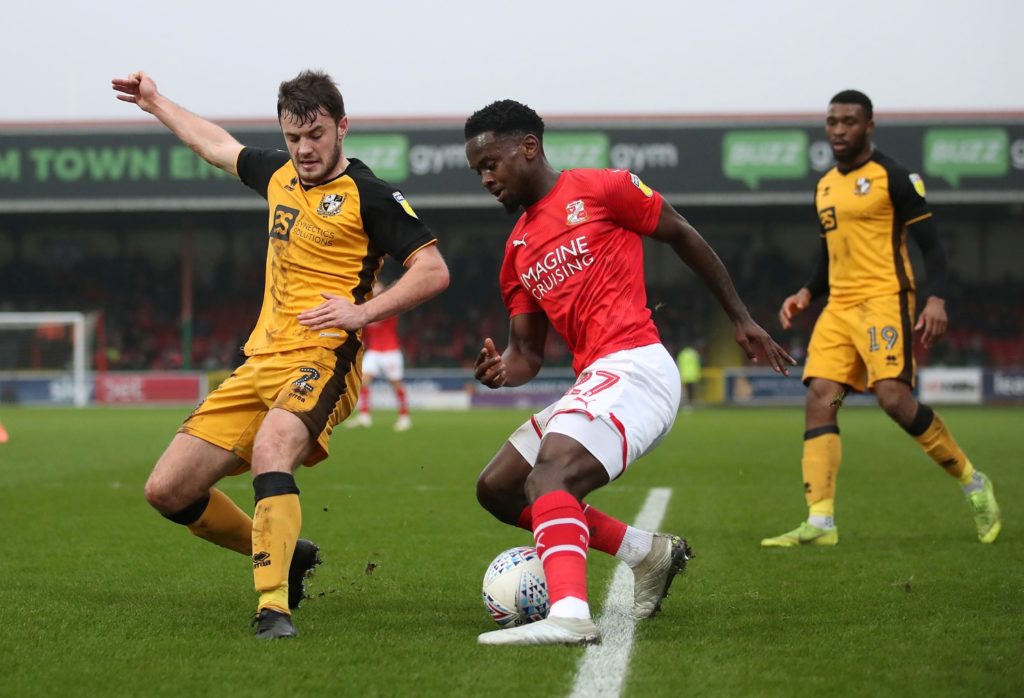 Forward Diallang Jaiyesimi admits his Norwich City future is uncertain as he tries to impress at loan club Swindon Town.

The London-born ace, who turns 21 in May, joined the Canaries from National League South club Dulwich Hamlet in 2016 but has yet to make a league appearance for the East Anglians.

He did feature three times in the EFL Trophy and made 20 appearances for the Under-23s but had also spent time on loan with Grimsby Town and Yeovil Town before arriving at Swindon in August last year.

The versatile attacker has enjoyed his time at the County Ground, with 11 starts among 17 League Two outings, helping the Robins to the top of the fourth-tier standings.

He has bagged four goals, with Richie Wellens’ side six points clear of fourth-placed Plymouth and looking good for automatic promotion in April.

Swindon Town loanee Diallang Jaiyesimi wants to improve on his levels of consistency ahead of a return to Norwich City in the summer https://t.co/vmDgcKuYY4 TIW

Jaiyesimi will then return to Carrow Road but will fall out of contract at the end of the campaign and the man eligible to play for Nigeria has confessed that he will just carry on in the same manner and see where it takes him.

“I don’t know about my future at Norwich just yet – I’ve just got to concentrate on Swindon for the time being and take whatever happens as it comes,” he said.

Norwich do have an option to extend the youngster’s deal for another 12 months but there has been no word from the club as to whether they intend to do that.

It seems likely that Daniel Farke’s side will drop into the Championship next term as they are seven points from safety with just 13 games to go and Jaiyesimi would be happy to ply his trade in the second tier.

“Hopefully I could play for Norwich in the Championship if they do go down, but it’s football and you never know what can happen,” he added.