Stevens backs Mousset to get even better 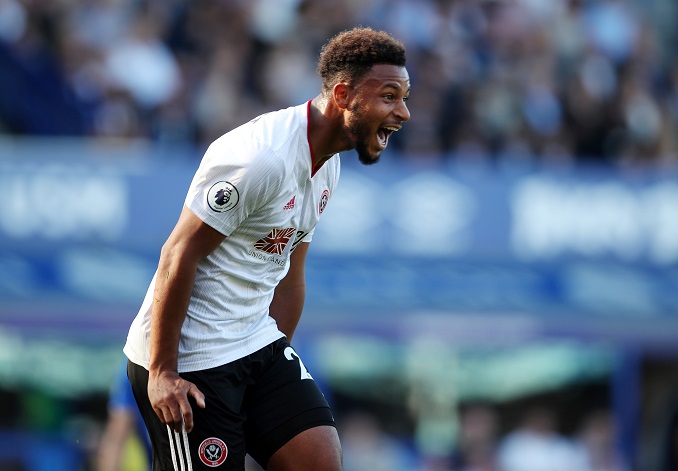 Sheffield United defender Enda Stevens has backed team-mate Lys Mousset to get even better over the coming weeks.

French forward Mousset may have only started once in the Premier League since joining Sheffield United from Bournemouth for a reported £10million during the summer, but he has already netted three times – the same amount he managed for the Cherries in 58 appearances.

The 23-year-old has scored in back-to-back games after following up his winner in the 1-0 home victory over Arsenal earlier this month with the equaliser in last weekend’s 1-1 draw at West Ham.

Mousset has caught the eye since his arrival at Bramall Lane but it is not just supporters who have been impressed by his performances, with full-back Stevens confirming the forward has become an important member of the squad.

“Lys came on and he gave us that pace and explosiveness up top – and I thought he took his goal really well. He is going to be a real threat for us this season, they all are. We have got great strikers,” Stevens was quoted as saying by the Yorkshire Post.

“You can see that by his performances. He is on form now and he will only get better for us, I think. He gets involved with the lads and loves being around us and I think he is really enjoying himself.”

The former Le Havre striker’s only league start for the Blades to date came in the victory over Arsenal. He will be hoping to earn a recall to the starting line-up for Saturday’s home clash with Burnley.

Chris Wilder is not short of options in the final third, with the likes of Oliver McBurnie, Billy Sharp, Callum Robinson, David McGoldrick and Leon Clarke all vying with Mousset for a starting berth.