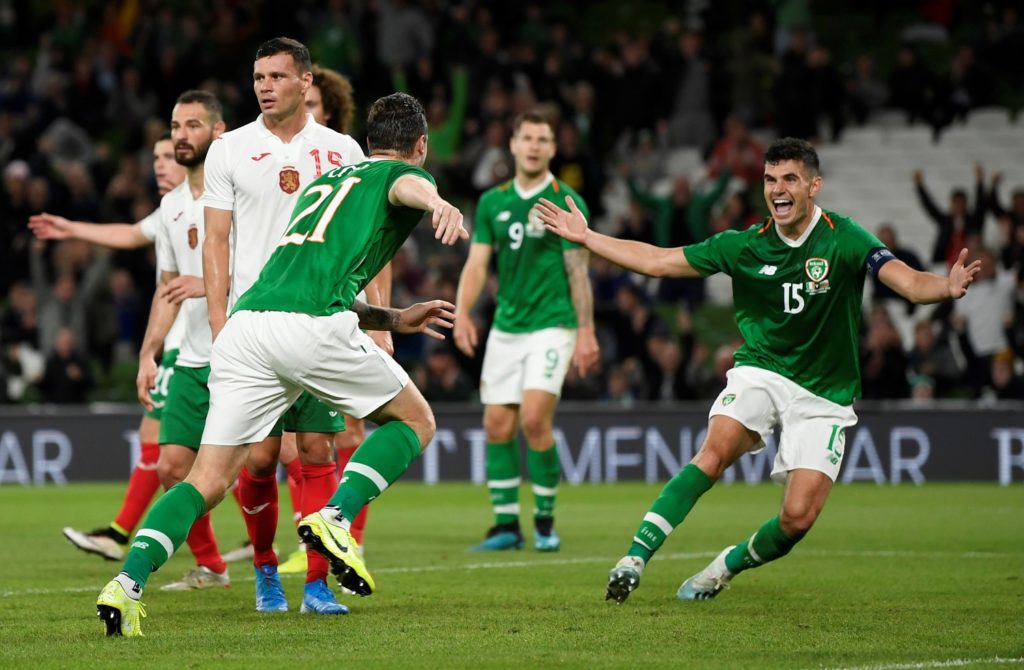 Everton are reportedly keen on Sheffield United defender John Egan and will send scouts to watch him play for Republic of Ireland on Monday.

The 27-year-old joined the Blades from Brentford in the summer of 2018 and was instrumental in the South Yorkshire club gaining promotion to the Premier League.

He made 44 second-tier starts in 2018-2019 as Chris Wilder’s side finished second to gain automatic promotion and has featured in all but 11 minutes of their 12 top-flight games this term.

The former Gillingham stopper has been capped seven times by the Republic of Ireland and looks set to start when Mick McCarthy’s men go up against Denmark on Monday in a crucial Euro 2020 qualifier in Dublin.

Both the Cork-born ace and United have made a seamless transition to the English top flight in 2019-2020, with the Bramall Lane outfit currently fifth in the table and just one place behind champions Manchester City.

Everton are monitoring defender John Egan and plan to watch how he gets on in a back four when Republic of Ireland face Denmark on Monday. However, if the Blades were to sell they would demand 'a fortune'. [The Sun]#twitterblades #sufc pic.twitter.com/mWzlCbLbZK

It remains to be seen if they can maintain that form right until next May but the signs are good that Wilder’s side can become established in the Premier League and follow the example of clubs such as Bournemouth and Burnley.

Everton have not had the best of starts but, despite being 15th in the standings, are just three points behind the Blades in a congested table and are reportedly keen to poach one of the club’s best players.

The Sun are reporting that scouts will be at the Aviva Stadium to watch Egan in action with a view to a potential January bid.

Reaction on social media has seen United fans ridicule the link, with questions asked as to what Egan would want to leave his present club for a struggling outfit and a manager under pressure.

He still has over two-and-a-half years remaining on his contract and would command a sizeable fee if the powers-that-be in South Yorkshire did sanction a move to Goodison Park.