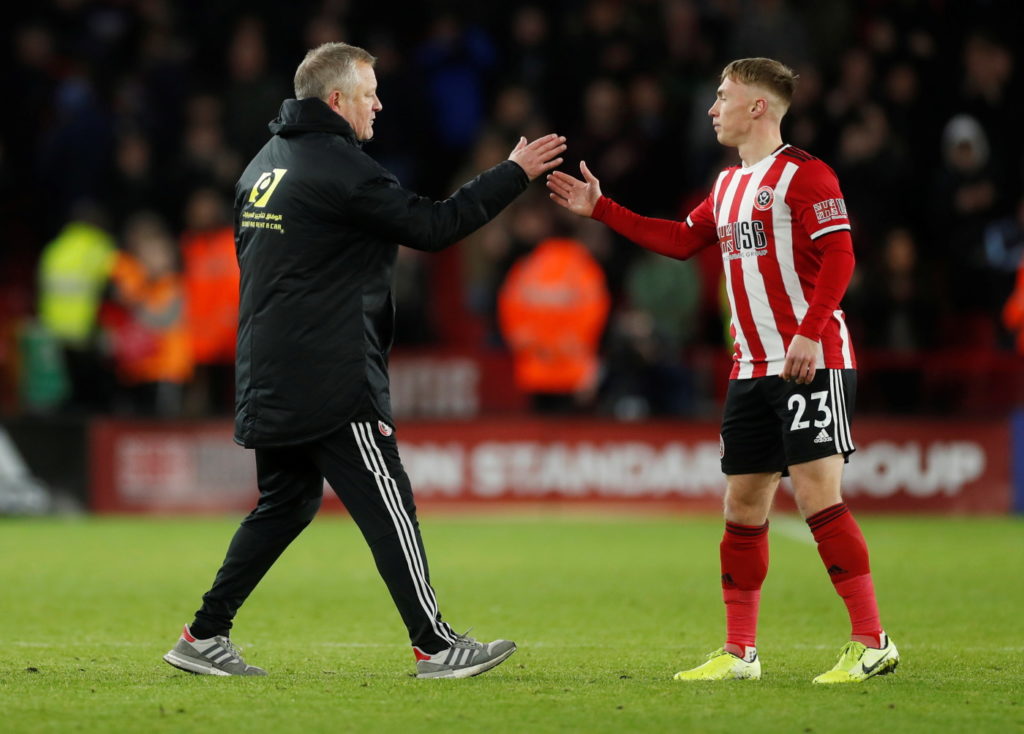 Summer signing Ben Osborn says he is happy to bide his time for a first-team opportunity at Sheffield United and he is not seeking a move away from the club.

Former England youth international Osborn joined Sheff United in a £3.5million deal from Nottingham Forest ahead of the Blades’ return to the Premier League, but he is yet to start a top-flight match this season and has only featured four times from the bench.

The 25-year-old got a rare opportunity to show what he is all about during Sunday’s FA Cup third-round triumph over National League outfit Fylde, as he played the full 90 minutes of the 2-1 victory.

That is unlikely to be enough to see Osborn force his way into Chris Wilder’s Premier League side over the coming weeks and he has been linked with a loan move away from the club, with a number of Championship sides said to be interested.

The versatile midfielder is not seeking a move away from South Yorkshire, however, as he is prepared to bide his time for a first-team opportunity in a side that has been exceeding expectations throughout the campaign.

“My career is still on an upward incline,” Osborn was quoted as saying by the Daily Mirror. “I’m at a better club and training with better players.

“Now I’ve got to be patient. It’s been a test, but hopefully it makes me a better player in the long-run. It will certainly make me more hungry when I do get out there.

“Looking at the form of the lads and the results, you can’t complain about not being in there can you?”

Osborn is not the only player that has been linked with a move away from Bramall Lane during January, as fellow midfielder Luke Freeman and club captain Billy Sharp have also been attracting interest.

Wilder is unwilling to let any of those players go, although he is believed to be open to the departures of Richard Stearman, Leon Clarke and Mark Duffy, who have all been deemed surplus to requirements.