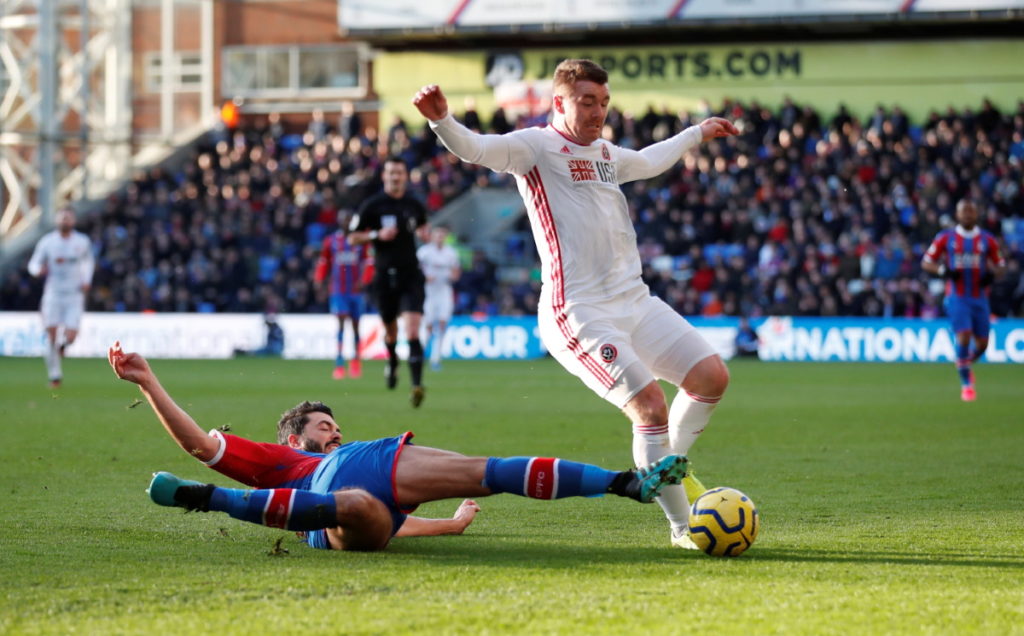 Sheffield United are reportedly set to reward John Fleck for his superb form in the Premier League by handing him a new and improved contract.

The 28-year-old former Rangers and Coventry City central midfielder has become an integral part of Chris Wilder’s Blades’ side since he was snapped up on a free contract in summer 2016.

Fleck scored four goals in 49 appearances in his debut season at Bramall Lane as United secured their return to the Championship as League One champions.

He has since played a key role in helping the South Yorkshire side win automatic promotion to the Premier League last season and has an impressive five goals in 23 top-flight outings so far this term.

Fleck’s performances have subsequently alerted other clubs as Arsenal have been heavily linked with a possible £20million swoop this summer.

🗣️ "We got him on a free transfer from Coventry"@TravelingBlade thinks it's remarkable how Chris Wilder has been able to turn around the careers of players such as John Fleck.#SUFC #TwitterBlades

And, as his current deal is due to expire in summer 2021, Blades’ officials do not want him to enter the final 12 months of that contract.

Therefore, it seems likely that a new offer to extend his stay will be placed on the table before the end of this season.

Wilder will be desperate to keep one of his star men on board given that he has not only scored a total of 13 goals in 162 appearances but also chipped in with 41 assists from the middle of the park.

Fleck and his team-mates have enjoyed a staggering return to the Premier League this season as they currently sit in a lofty fifth position with 10 wins and nine draws from 26 games.

A home win against Brighton after their winter break on February 22 would take them above the 40-point barrier and virtually guarantee another season of Premier League football with 11 games of the season left to play.