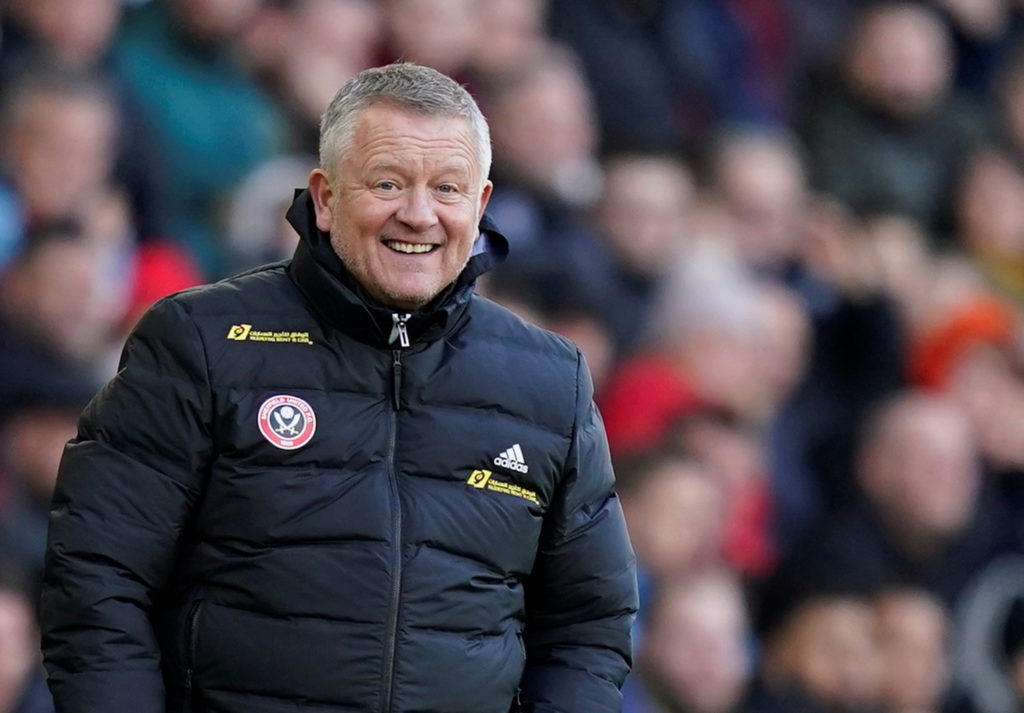 Sheffield United boss Chris Wilder has praised his squad for their exploits this season and wants them to kick on for a top four spot.

Wilder has been reluctant to commit, publicly at least, to a pursuit of a top four finish this season after only earning promotion last summer.

But his troops have continued to defy their pre-season relegation favourites tag and are firmly in the running to earn a shock Champions League berth.

The 52-year-old who made over 100 appearances for United over two spells as a player, has revitalised his boyhood club since being appointed manager in 2016.

He guided them to promotion from League One in his first season at the helm and led them up to the Premier League after two campaigns in the Championship.

United’s board backed Wilder in the summer transfer market as he added 12 players, but he has stuck with the nucleus of the squad that featured in the second tier.

Their 2019-20 campaign has exceeded the expectations of even the most optimistic of Blades fans and they currently sit sixth with 12 games left to play.

Relegation is a word that has scarcely been mentioned around the corridors at Bramall Lane but Europe is now a serious possibility.

They are just two points shy of fourth-placed Chelsea and Manchester City’s two-season ban from the Champions League could even open up fifth place as a route into the competition.

Competition is rife for the fourth and final Champions League berth with Chelsea, Tottenham, Manchester United, Wolves and Everton also in the mix.

Wilder feel now is the time to publicly state their intentions and has challenged his men to “reel in” their rivals over the final months.

“Of course people will talk about looking up and I want us to look up, I want us to go and reel in the teams above us,” Wilder said.

“We’ve been realistic all along. It’s a tough division and we were favourites to go down, from what we spend, to what we pay, to where we’ve been, to the group that we’ve got, to being a promoted team – the second best promoted team out of the Championship last year. But this is a fresh season and we’ve gone for it. We’ve been consistent in our approach, in our play and now we’re in this position.”