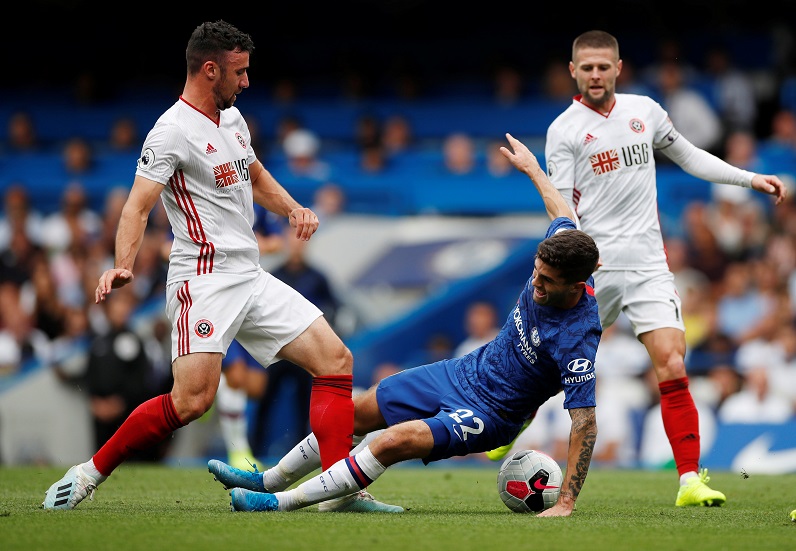 Enda Stevens says he is happy his new contract is "finally over the line" after he extended his stay at Sheffield United until the summer of 2023.

Republic of Ireland international Stevens has been with United since arriving from Portsmouth back in 2017 and he has been an integral part of the first team, making 118 appearances across the Championship and Premier League.

The 29-year-old has been particularly impressive on his debut campaign in England’s top flight, receiving huge credit for his performances that have helped the Blades climb to seventh in the table, just five points behind fourth-placed Chelsea.

Stevens’ previous deal wasn’t due to expire until the summer of 2022 but, with interest in the defender said to be increasing, the club have acted quickly to add another 12 months to his contract.

✍️ Popular wing-back Enda Stevens has signed a new long-term contract to extend his stay at Bramall Lane until 2023.

The Republic of Ireland international has been in excellent form this season, one of United’s most consistent performers in the Premier League to date.

Reacting to his extension, the Irishman says he is very happy to have put pen-to-paper on fresh terms and he is now looking forward to helping Chris Wilder’s men push on.

He told the club wesbite: “I’m obviously delighted. It’s something I’ve wanted do get done for a while now, so I’m just pleased it’s finally over the line. As a group we’ve built on the success of last season, but we don’t want to stand still. We want to continue to do well and finish as high in the table as possible.

“The manager is building something special here. He’s keeping the core group together and now adding to it to make us even stronger and everyone is happy to be involved in the journey.”

The new contract will help to cheer Stevens up after Wilder confirmed the defender will be missing for a “couple of weeks”, having picked up a knock over the past few days.

United return to action on Saturday when they make the trip to St James’ Park to take on Newcastle United, who are looking to make it back-to-back wins following last weekend’s 1-0 victory at Southampton.