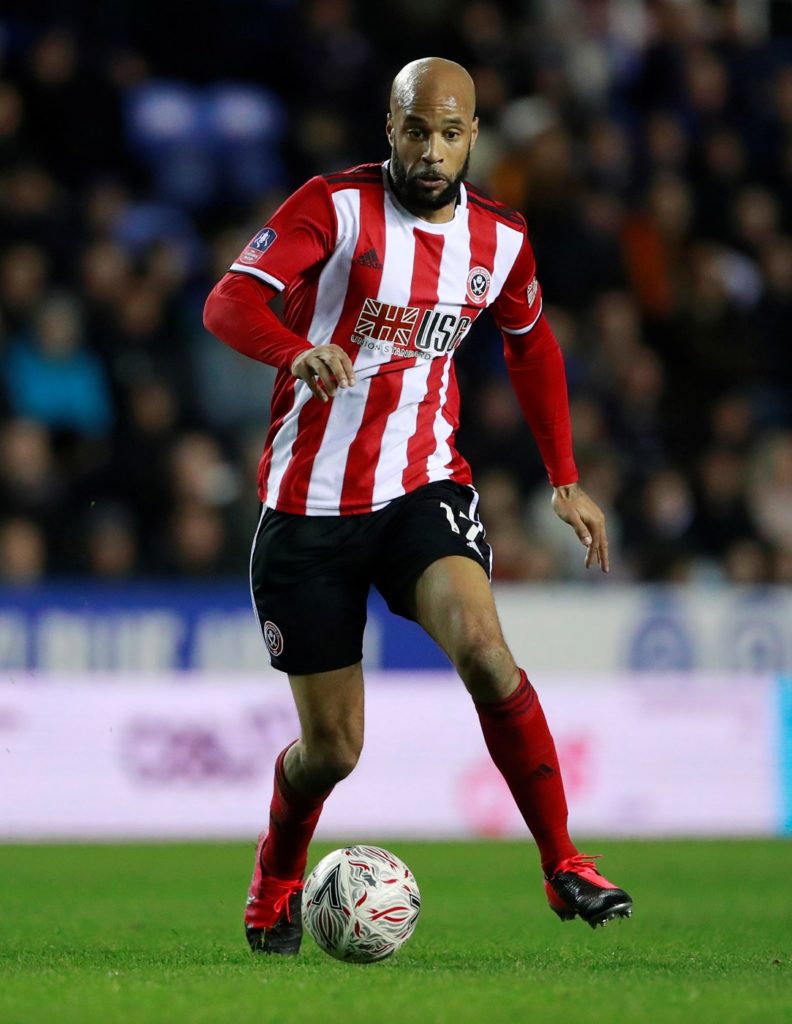 If the 2019-20 Premier League season does not resume, Sheffield United forward David McGoldrick will set an unwanted record.

Republic of Ireland international McGoldrick is a firm favourite amongst Sheffield United supporters.

He has been a regular feature this season as Chris Wilder’s side have defied expectations to mount a serious challenge for a top-four finish in the Premier League.

Indeed, the Blades currently sit seventh in the standings, just five points behind fourth-placed Chelsea, while they have a game in hand on all the sides directly above them in the table.

McGoldrick has featured 21 times for United in the top flight so far this season, totalling over 1,350 minutes on the pitch, but he is still yet to register a goal.

The 32-year-old has had a total of 36 shots on goal during the campaign and, according to Opta’s expected-goals model, he should have scored 6.2 goals, based on the type and location of those efforts.

That is considerably higher than any other player who has failed to register in the top flight this season, with Southampton midfielder Pierre-Emile Hojbjerg coming next on the list although his expected goals tally of 2.7 is less than half of McGoldrick’s.

Indeed, McGoldrick’s expected goals tally without scoring is the highest since such records began in 2013, with no other player having gone above four during that time.

Everton forward Oumar Niasse is currently behind McGoldrick on the list after ending the 2018-19 season with an expected goals tally of 3.94. He failed to register in five brief substitute appearances for the Toffees or during a 13-game loan spell with Cardiff.

Saido Berahino, Jesus Navas and Marouane Fellaini also feature highly on the list, but if the coronavirus ultimately puts paid to the current campaign, McGoldrick will set an unwanted record.

However, with Sheffield United still having 10 games to play in the season, there is still time for McGoldrick to break his duck, as long as the season does resume.

Given what he has contributed to the Blades’ season and the standing he has among supporters, it would certainly seem right that McGoldrick is handed an opportunity to get on the scoresheet, even if he ends up scoring by shinning the ball in from a yard out.