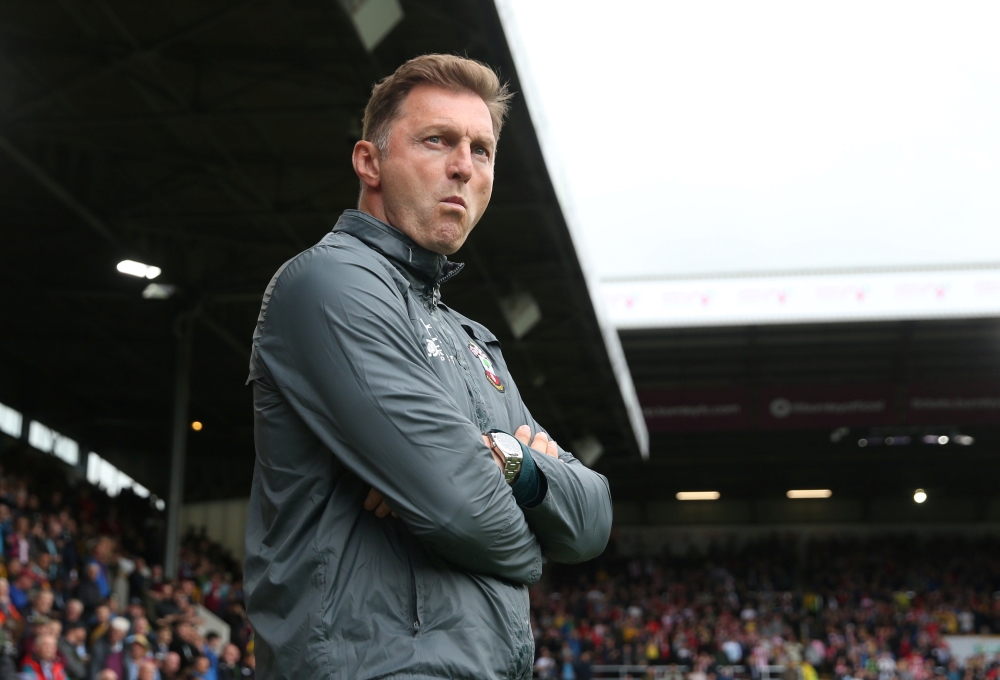 Ralph Hasenhuttl admits Southampton's 9-0 Leicester humbling will always be a stain on the club but was pleased with the response against Manchester City.

There has been much soul searching after the Foxes put nine past Saints at St Mary’s and the prospect of back-to-back games against Pep Guardiola’s men left fans wondering what might be next.

However, the players put on an improved display in going down 3-1 to the Citizens in round four of the Carabao Cup at the Etihad Stadium on Tuesday night.

The sides will go at it again at the same venue in the Premier League on Sunday and the travelling faithful will want to see another 90 minutes of effort, even if it is unlikely they will take anything from the game.

To each and every one of our fans who were with us tonight: Thank you! ❤️ pic.twitter.com/V0FVKEXlTL

It has been a tough few days for all connected with the south-coast outfit, especially the man in charge, and Hasenhuttl confessed that he was struggling to find the right words to say to his charges at times.

“It was something new also for me,” he told BBC Solent. “I’ve never had a situation in my life or managing career like that.”

Doubtless the phrase ‘let’s draw a line under it’ was trotted out but the manager has made it clear that a hammering of that magnitude is never really going to go away.

“It is still there, and you can’t forget it,” he added. “This mark we have on our face now, when somebody is not doing enough they should look in the mirror and think about this game.”

The Southampton stars were criticised for their effort against the Foxes and there was a sense that they threw in the towel, especially after going down to ten men so early in the contest.

The boss did not see that against the EFL Cup champions, saying that “the habits and mentality today was a different one”.

It remains to be seen if they can put on a repeat display at the weekend but the fans would probably settle for just coming away from Manchester with their pride intact.