Hasenhuttl in box seat to become next Premier League casualty 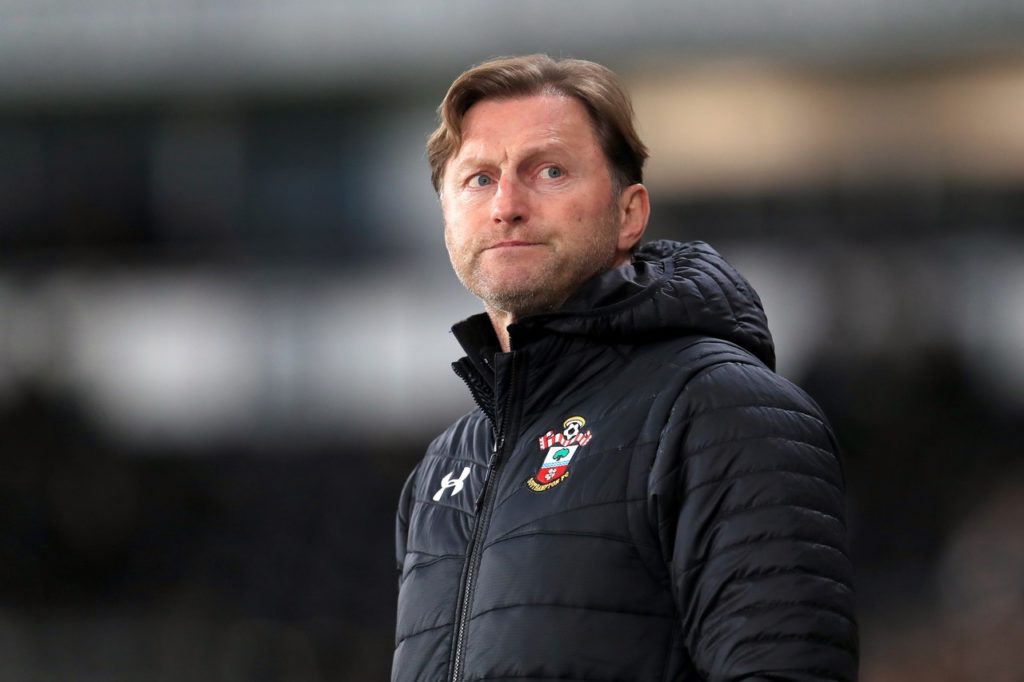 The bookmakers have Ralph Hasenhuttl as the favourite to be the next Premier League manager to be sacked as we head into the dreaded international break.

Southampton are firmly entrenched in the bottom three and without a win in seven league games, with six of those being defeats – including a 2-1 home reverse to Everton on Saturday.

Hasenhuttl had described the match as a ‘massive game for both teams‘ but it was Everton who appeared more hungry and cohesive – and that will be a huge worry for the Saints board.

After a 9-0 drubbing to Leicester in their previous home game, the St Mary’s faithful would have been expecting a response. However, it was a tame display and Saints were lucky not to lose by more.

The stats make alarming reading for the south-coast outfit, with Everton having 24 shots compared to the hosts’ four, with Saints now losing four consecutive home league matches for the first time at St Mary’s.

Hasenhuttl was understandably a concerned man following Saturday’s defeat, telling the media: “The first half was horrible. No-one wanted the ball any more. You could feel the lack of self-confidence. It took us until the second half to get positive body language.

“It is not a nice situation. I can guarantee the players try to fight to win games. At the moment we are not good enough.”

That’s not a comment a manager would say lightly as often the ‘not good enough’ expression can have a massive detrimental impact and leave players questioning whether or not they have a future under the current boss.

The Austrian is clearly running out of time and, at best price 11/8, could see the axe fall on him over the next two weeks should the hierarchy feel a fresh approach is needed during this international break.

If Hasenhuttl is able to keep his job, he will next face another manager who looks to be staring down the barrel – Unai Emery. The two teams meet at the Emirates on November 23 and neither have won in the league for over a month.

Its understood Emery will be given more time to prove he is the man to take the Gunners forward but recent displays will have some people taking advantage of the 2/1 on offer for the Spaniard to be the next Premier League managerial casualty.

West Ham boss Manuel Pellegrini also looks to be teetering on the edge, with the Hammers failing to win any of their last seven in all competitions – including a 3-0 loss at Burnley last weekend.

Pellegrini is as short as 4/1 to be the next Premier League manager to lose his job, with mounting talk that the West Ham board are keen to replace him with Rafa Benitez.

It’s understood the Hammers tried to capture the former Liverpool and Newcastle boss before they appointed Slaven Bilic although the lure of Real Madrid proved too much for Benitez.

One man who will be feeling more comfortable is Marco Silva, who has drifted out to 8/1 after picking up seven points from the last four games.

But Everton fans will be wary of a tough fixture schedule on the horizon. After a home clash with Norwich following the international break, the Toffees are at Leicester and Liverpool, then face Chelsea at Goodison before a trip to Old Trafford.