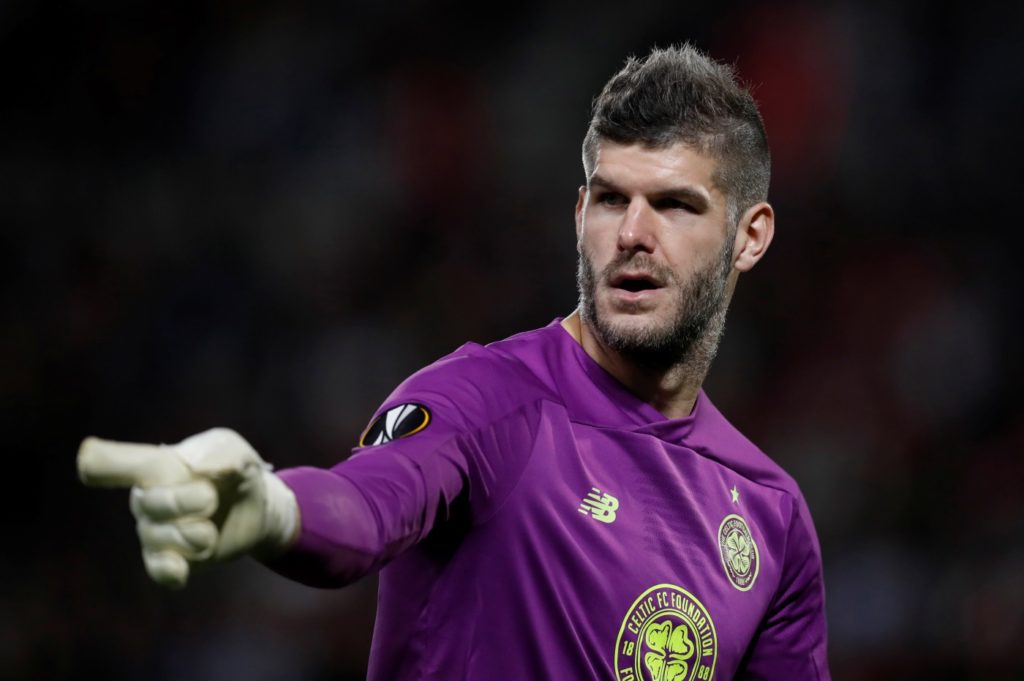 Fraser Forster has rediscovered his best form on loan at Celtic and is surely now worthy of an international recall with England.

Forster re-joined Celtic on a season-long loan deal from Premier League outfit Southampton during the summer and has excelled at the club he previously represented with distinction before heading to St Mary’s Stadium in 2014.

Indeed, Forster first received international recognition with England during his original spell at Parkhead, initially earning a place in Roy Hodgson’s squad in 2012 before making his debut the following year in a friendly clash with Chile.

In total, Forster has won six caps for the Three Lions and was part of the squads that competed at the 2014 World Cup and Euro 2016.

However, injuries and a dip in form meant the 31-year-old lost his place in the England squad in August 2017 and he has not been recalled since.

The former Newcastle youngster also lost his place at Southampton during the 2017-18 season, falling behind both Angus Gunn and Alex McCarthy in the pecking order.

It certainly felt like Forster’s better days were behind him when he returned to Celtic but he has proven his doubters wrong over the last few months, most notably in the Europa League and last week’s Betfred Cup final victory over Old Firm rivals Rangers.

Indeed, such is the impressive nature of Forster’s form, there is talk starting to circulate he is deserving of an England recall and it is difficult to argue against those claims.

There certainly does not appear to be an English goalkeeper in better form than Forster this season.

Take current Three Lions number one Jordan Pickford, who is part of an Everton side struggling at the wrong end of the Premier League and has the fifth worst defensive record in the division.

Burnley goalkeeper Nick Pope, who won his second England cap against Kosovo last month, has also made a few mistakes over recent weeks and has conceded nine times in the Clarets’ last two games.

Sheffield United loanee Dean Henderson and Aston Villa stopper Tom Heaton are also currently in and around the England squad but it is hard to argue either of those are necessarily more worthy of their place than Forster.

There may be a stigma attached to Forster as he is playing in the Scottish Premiership rather than the English top flight, but if he keeps performing to his current levels, particularly in Europe, it is going to be difficult for Gareth Southgate to continue to leave him out.