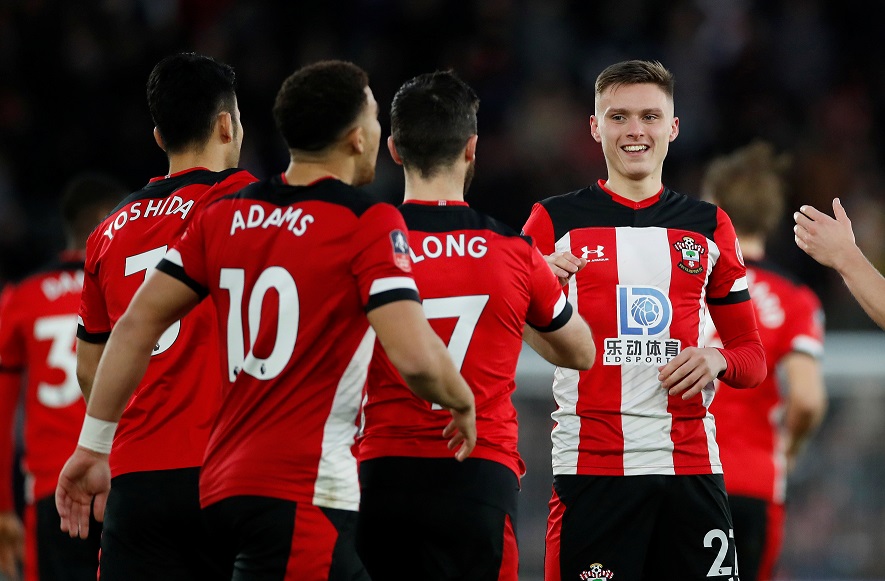 Having lost their way in recent years, Southampton now appear to be heading in the right direction with a young team under a pro-active manager.

It is just over a year since Saints unveiled Hasenhuttl as their new boss, replacing Mark Hughes.

The appointment looked exciting at the time with the 52-year-old Austrian, who had led RB Leipzig to second place in the Bundesliga, promising high-energy football.

“Anyone who knows my teams before can see there are a lot of intensive runs and everyone knowing what to do,” he said on his arrival.

“It depends on heart and a lot of running, and also on mind work and flexibility, and also being very quick in your decisions, and that’s what we try to improve in the training sessions we have.”

Thirteen months on and the patient St Mary’s fans can now finally see what he was on about, but they have had to endure some suffering in the meantime.

Unbeaten in their last five games in all competitions, Saints have taken 16 Premier League points from the last 24 on offer and have pulled clear of the relegation zone to now stand in a comfortable 12th spot, five points off the top six.

A strong second half of the season could even see them push to emulate their highest Premier League finish and evoke not-too-distant memories of what Southampton represented between 2013-17.

Initially under Mauricio Pochettino, whose work was continued by Ronald Koeman and Claude Puel, Saints finished eighth, seventh, sixth and eighth in four straight seasons, qualifying for the Europa League and narrowly losing the EFL Cup Final to Manchester United.

During that time, they played an exciting brand of football and were able to constantly unearth quality players who went on to make big-money moves to high profile clubs.

Liverpool must surely be ready to pen a thank you letter to Southampton for selling them or schooling the likes of Virgil van Dijk, Sadio Mane, Adam Lallana, Dejan Lovren and Alex Oxlade-Chamberlain.

Yan Valery and Michael Obafemi were the only notable youngsters from last season to make the leap to the senior squad.

Jack Stephens and James Ward-Prowse are also emblematic of the famed academy of the south coast club, but any perception that the well had run dry will surely stop after two teenage debutants scored in Saints 2-0 FA Cup third-round win over Huddersfield on Saturday.

Making ten changes, Hasenhuttl handed first-team bows to midfielder Will Smallbone and left-back Jake Vokins and both youngsters stole the headlines to continue the positive vibe around the club.

“Will and Jake are players who are always part of our team and should be the future of the club,” Hasenhuttl said later as Saints marched into round four, where they will meet either Middlesbrough or Tottenham.