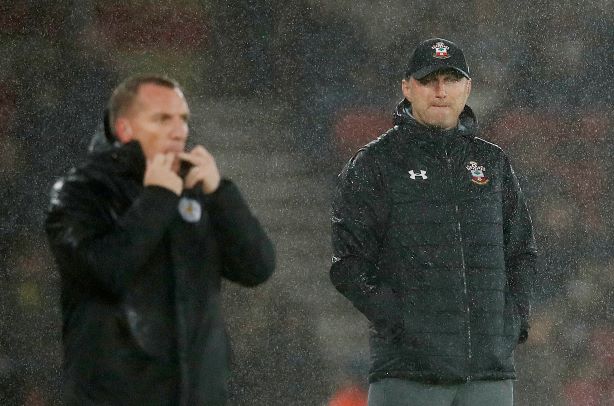 Ralph Hasenhuttl has hailed the character Southampton have shown in bouncing back from the 9-0 defeat they suffered at the hands of Leicester in October.

It was one of the bleakest night’s in Southampton’s 134-year existence, as they suffered the heaviest home defeat in the history of the English top-flight against the Foxes on October 25.

That loss was quickly followed by further setbacks against Manchester City and Everton and it appeared as though Hasenhuttl’s position as manager was hanging by a thread.

However, the Saints have only lost two of their last nine games across all competitions and are unbeaten in five – a run that has lifted them up to 12th in the Premier League standings and five points clear of the relegation zone.

Next up for the South Coast club is a reunion with Leicester at the King Power Stadium on Saturday and, speaking ahead of that game, Hasenhuttl has been quick to praise the character his side have shown over recent months and he feels the 9-0 defeat to the Foxes can actually be seen as a turning point in their season.

“We had a moment we will never forget, that is for sure,” Hasenhuttl told reporters. “Now two months later you must say that this can be an important result for us, especially when we show the right reaction.

“What the team showed after this result – where we knew it was an absolute disaster for us – was absolutely outrageous from the mentality and from the character and fighting back to a successful way.”

Hasenhuttl certainly feels his side’s new-found confidence means they have nothing to fear against Leicester this weekend, even though October’s defeat will still be fresh in the mind of both sets of players.

“We are looking forward to every game and we feel that we are more competitive,” the Austrian added. “You can feel that the players are doing well and they like to do it.”