Will comeback defeat dent Saints’ confidence and drag them into relegation battle? 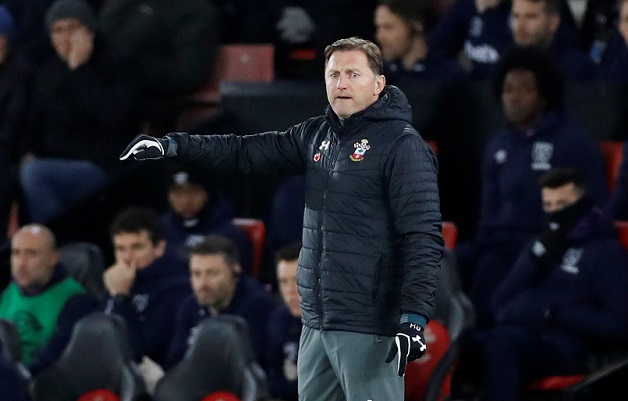 Southampton fans have had plenty to cheer about of late but their 3-2 defeat to Wolves on Saturday will have left a sickening feeling in the stomach.

Saints were two goals to the good at St Mary’s with Jan Bednarek and Shane Long both finding the back of the net to give the hosts a deserved lead at the break.

All seemed good with the world until the wheels fell off in the second half and Wolves produced a remarkable comeback to score three goals in 23 minutes.

A sense of shock will have been the over-riding emotion for the home supporters at the full-time whistle and the memories of upbeat conversations over a drink and a pie at half-time long forgotten.

Before we dig in to what this result might have done to the confidence in the Saints’ squad, this is what manager Ralph Hasenhuttl had to say on Monday regarding the performance.

“We had a good meeting yesterday. I think it was a very good first half but in the second half we showed in a few moments that we are not 100 per cent.

“When you don’t defend like you normally do, teams can hurt you. There were a few moments where we were a little bit too naive.”

Having gone on a five-match unbeaten run before the defeat to Nuno Espirito Santo’s side, Saints can’t afford to forget what they have done to climb up to 13th place in the Premier League table.

Wolves are a strong top-seven side in this division and Nuno’s side have been a match for and bettered some of the best in the league this season.

Of course, for any team to go 2-0 up and come out on the losing side is a bitter pill to swallow.

Southampton will be grateful that they have an opportunity to put the defeat to bed quickly, as Hasenhuttl’s side are back in action on Tuesday night when they travel to Selhurst Park to face Crystal Palace.

Saints will be determined to pick up a positive result against the Eagles but a defeat would once again start to grow those seeds of doubt and a following trip to Anfield to face Liverpool on February 1 is hardly likely to help matters.

It’s only one defeat – and one that could be seen as a molehill come the end of the season.

Saints supporters will be hoping it doesn’t become much more.