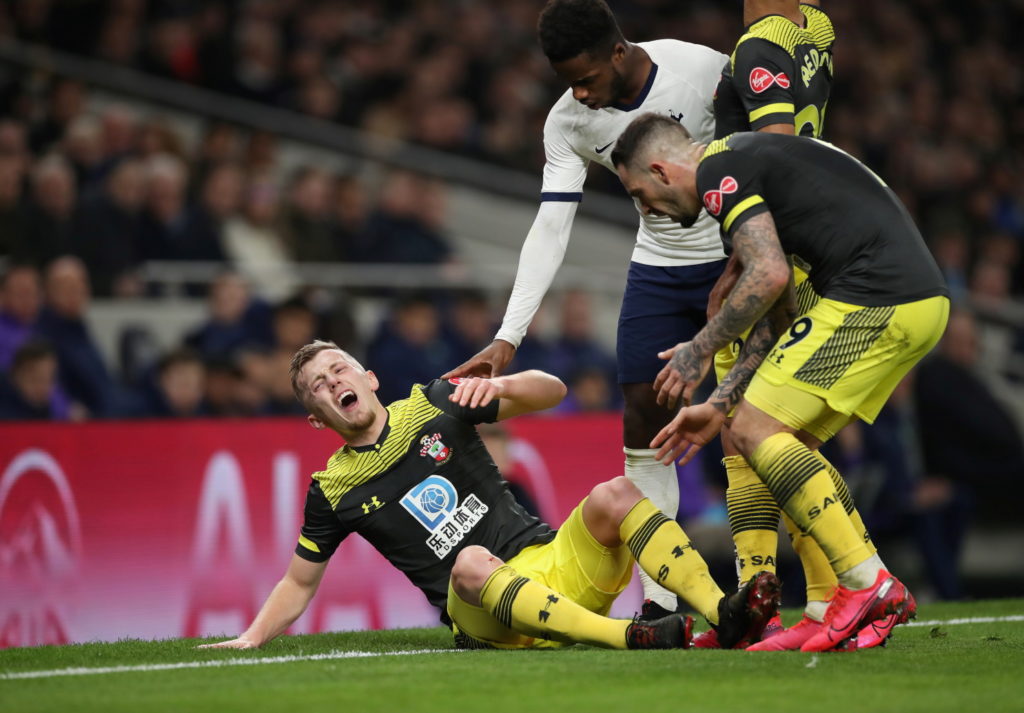 Southampton boss Ralph Hasenhuttl says the injury James Ward-Prowse suffered on Wednesday night is not as serious as first feared.

Saints went out of the FA Cup losing 3-2 at Tottenham, but the night could have been even worse after the midfielder had to leave the field after 37 minutes.

Ward-Prowse picked up the injury to his knee as he tried to block a clearance from Ryan Sessegnon, who was visibly upset as the player received treatment during a lengthy stoppage.

The Saints star was given oxygen while being treated before being taken off on a stretcher and it looked as though the injury would be a serious one.

However, speaking after the game, Hassenhuttl appeared to deliver some good news when suggesting the player had suffered a badly cut knee but had avoided ligament damage.

The full extent of the damage should become clear in the coming days, but Hasenhuttl sounded positive.

“I think it is not the worst,” said Hasenhuttl “That is a positive message for me. If we had lost the game and lost James, it would’ve been absolutely horrible.”

Meanwhile, Southampton will be wondering what went wrong after going in front before collapsing.

Tottenham went ahead through Jack Stephens’ own goal but were heading out after Shane Long and Danny Ings put Saints in front.

Spurs produced a late escape as goals in the final 12 minutes from Lucas Moura and Son Heung-min set up a fifth-round meeting with Norwich, but Jose Mourinho admitted the best team lost.

Saints had been by far the best team up until Ings’ 72nd-minute goal and should have been comfortably out of sight.

Mourinho’s words were of little comfort to Hasenhuttl, who said at the end of the day football is all about winning.

“It is easy for him to praise us,” he said. “They were more clinical because in the last 15 minutes they turned the table in the way that is part of a good team.

“We couldn’t defend how we wanted to because this is very disappointing for me. Being strong for 75 minutes is not enough.”