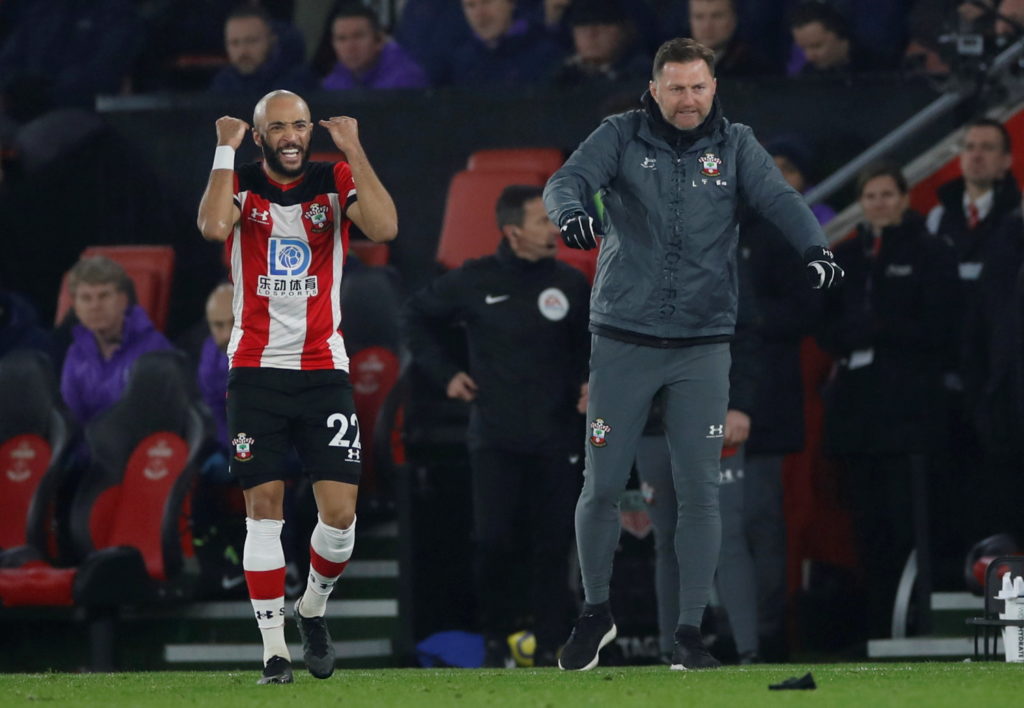 Southampton boss Ralph Hasenhuttl has revealed influential forward Nathan Redmond will return from injury before the end of March.

The 26-year-old has recently been on the sidelines because of a hamstring problem picked up in training ahead of the Saints’ 2-1 Premier League defeat to Burnley at St Mary’s in mid-February.

Redmond has missed a win against Aston Villa and further defeats against West Ham and Newcastle respectively to date, while he is due to be absent for this weekend’s trip to former club Norwich City.

However, Saints will then have a three-week break after the game at Carrow Road and it is almost certain Redmond will return in time for the league trip to Watford on April 4.

Looking ahead to after the upcoming international break, Hasenhuttl told the Daily Echo: “We have 34 points, which is good, but we know we still need points, but we are still in a positive situation.

“We have one more game and then a long break and I know that Reddy [Redmond] and a few others will be back, so I am looking forward.”

The return of Redmond, who has scored three league goals in 23 outings so far this term, will be a big boost.

Moussa Djenepo is set to start a three-match ban this weekend following his red card in the 1-0 defeat against Newcastle on Saturday.

Redmond could fill the void on the left and add more pace and goalscoring threat into the middle than incumbents Stuart Armstrong and Sofiane Boufal provide.

Southampton could have virtually secured safety by the time Redmond returns if they can collect a win against basement side Norwich on Saturday.

The Saints are seven points clear of the relegation places and could move to within one win of reaching the usual safety mark of 40 points with a win in East Anglia.