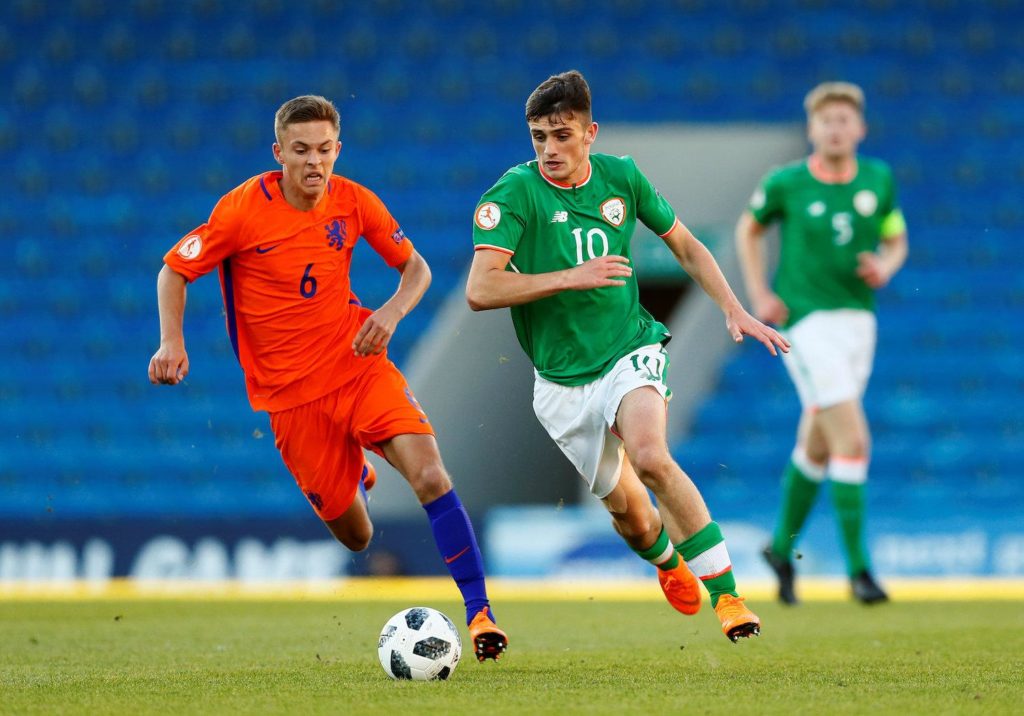 Tottenham youngster Troy Parrott has been called into the senior Republic of Ireland squad for the upcoming games against New Zealand and Denmark.

The 17-year-old has impressed for Spurs at various youth levels and was handed his first full appearance by boss Mauricio Pochettino earlier in the season in the EFL Cup defeat against Colchester United.

The striker has been talked about as a future first-team star and Ireland boss Mick McCarthy has recognised his talent by naming him in his full Ireland squad for the forthcoming games against New Zealand and Denmark, after first including him in a provisional training squad at senior level in August.

Parrott scored four in Tottenham’s win last week over Red Star Belgrade in the UEFA Youth League, and, after just two Irish Under-21 appearances, may well make his senior debut next month, when Ireland host New Zealand in a friendly and then Denmark in a crunch Euro 2020 qualifier.

QPR midfielder Ryan Manning has also received a call-up after some outstanding performances in the Championship so far this season, but Everton and Ireland stalwart Seamus Coleman is not among the extended squad as he is suspended for the big clash with the Danes in Dublin on November 18.

McCarthy has named a huge 39-man squad for the games as he takes the opportunity to have a detailed look at all of the players possibly available to him, with the likes of Brighton striker Aaron Connolly and Liverpool goalkeeper Caoimhin Kelleher included alongside familiar names Shane Long, Robbie Brady and David McGoldrick.

McCarthy has named first-choice Darron Randolph in his squad despite the Middlesbrough stopper’s recent injury problems with the Ireland boss hopeful the keeper will be fit for the crucial home clash with the Danes. The former Wolves and Ipswich boss has plenty of back-up if he doesn’t make it, though, with Kelleher, Bournemouth’s Mark Travers, Burton’s Kieran O’Hara and Sheffield Wednesday’s Keiren Westwood all part of the bumper squad.

“Darren is hopeful that he will be fit for Denmark and he has time on his side,” said McCarthy. We have to plan for all eventualities, however.”

Ireland have enjoyed a revitalised run of form under McCarthy this year and can qualify for next summer’s Euros if they beat Denmark next month following recent victories over Gibraltar and Georgia and draws with Switzerland and Georgia earlier in the group.