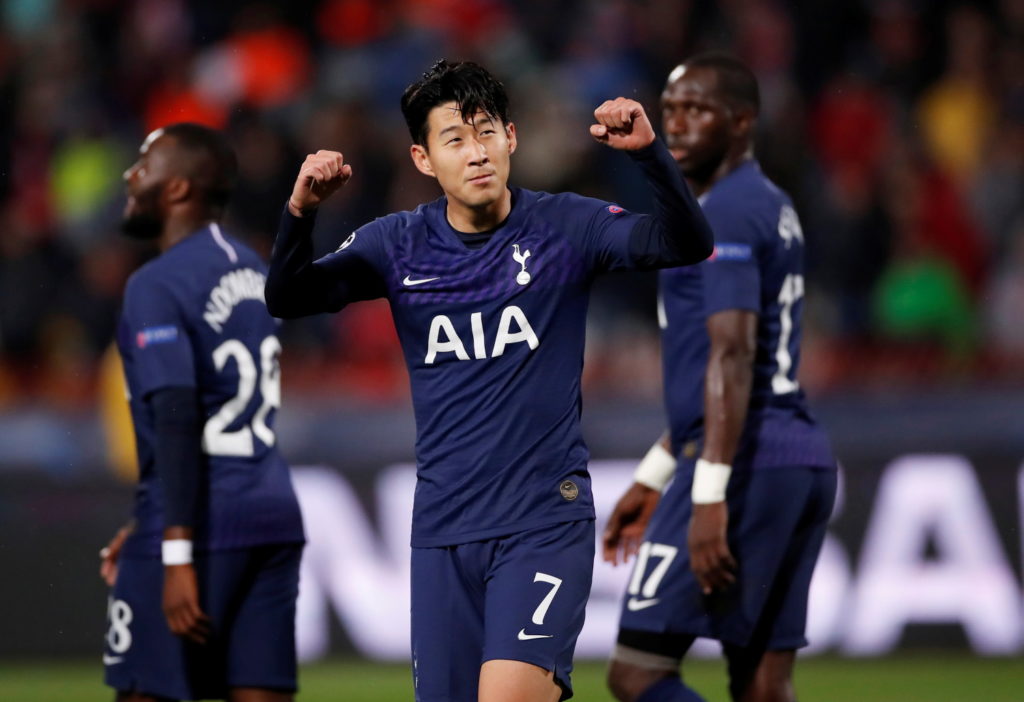 It was Son’s tackle in the 1-1 Premier League draw at Everton on Sunday that led to Gomes suffering a broken ankle and the South Korean was left visibly distraught at the extent of the injury.

That made him a doubt for Spurs’ Champions League Group B trip to Belgrade, but he will be glad he made it after a second-half double added to goals from Giovani Lo Celso and Christian Eriksen.

The victory puts Spurs on the brink of qualification to the knockout stages after a first away win since May.

He chose not to celebrate the goals, though, insisting he did not want to disrespect Gomes, who faces a long road back to fitness.

It was a big call for boss Pochettino to play him, but he got his reward as Son’s goals helped ensure Red Star suffered their biggest ever at home in European competition, while it was the first time they conceded more than one goal in front of their fans in 72 matches.

He said: “We feel very sorry about what happened to Andre, but he moved on quickly. We helped him to move on.

“He moved on quick and we helped him to move on and today he scored twice and he helped the team win the three points which was the most important thing.”

Pochettino was also boosted by the sight of  his summer signings Tanguy Ndombele, Lo Celso and Ryan Sessegnon all being on the pitch together for the first time during the game.

And the Argentine described the result as “fantastic” given that reigning champions Liverpool lost in Belgrade last season.