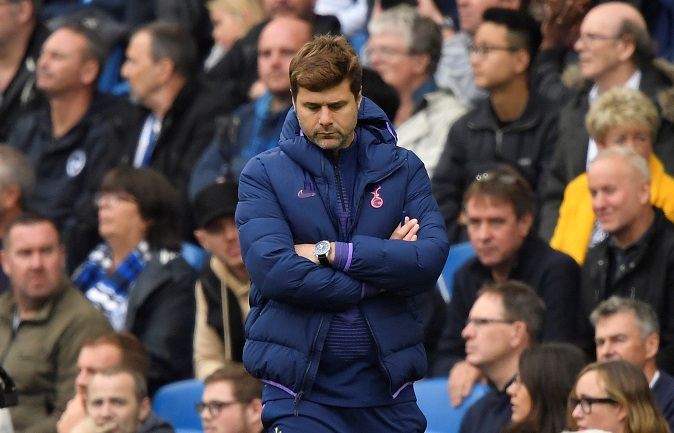 Tottenham chairman Daniel Levy may have only sacked Mauricio Pochettino in November – but he thinks the Argentine boss could return one day.

Pochettino turned Spurs from nearly men to regular top four finishers during his time in charge and guided them to the Champions League final last season.

That wasn’t enough to prevent the club wielding the axe after a poor start to the season though, but Levy remains a fan and has left the door ajar for a possible return in the future.

“It is not something I ever wanted. Personally, it was incredibly difficult, I told him that and he understood,” Levy told the Evening Standard.

“He’s been in football [a long time], he understands. It’s not personal and I’m sure he’ll come back stronger and get an opportunity to manage another great club. Maybe one day he’ll come back to us.”

Would Pochettino be tempted to make a return?

You never know. In a statement released by the LMA after his sacking he said “I am sure we will cross paths again” and that has been interpreted as “I’d be up for another go in the hot seat” but it could also mean he hopes he gets to face them with another club.

Sometimes it works out when a former manager goes back to his old stomping ground, other times it doesn’t. We’ve taken a look at a few bosses who have decided to return for another roll of the dice at their former clubs.

It makes sense to start with Pochettino’s successor as Jose Mourinho had two spells across London with Chelsea.

Mourinho won two Premier League titles, two League Cups and the FA Cup in his first stint before leaving by ‘mutual consent’ following reports of a number of disagreements with owner Roman Abramovich.

He returned in 2013 and picked up another league title and League Cup, but again left by ‘mutual consent’ midway through the 2015-16 season after losing nine of 16 Premier League games.

Italian Fabio Capello had two short spells in charge of Real Madrid and managed to win the league title twice.

In 1996-97 he had Raul, Fernando Hierro, Guti and Roberto Carlos in his squad and secured the La Liga crown but his style of play failed to win over the club’s fans and he was sacked at the end of the season.

A decade later he returned to take charge of the likes of David Beckham, Ruud van Nistlerooy, Robinho and, again, Guti and Carlos. Once again Capello won the title but his tactics were still an issue for the Real fans and he was unceremoniously axed at the end of the campaign.

Pochettino’s sacking at Spurs looked harsh to most casual observers, but Leonardo Jardim’s dismissal at Monaco last year was an even greater shock.

He was sacked in October 2018 as Monaco opted to hand club icon, Thierry Henry, a chance in the hot seat, but after sticking around in the principality, Jardim was re-hired just a few months later after Henry managed just four wins in his 20 games in charge.

Jardim found himself under pressure earlier this season but has since helped Monaco find a bit of form. He was mentioned as a potential target for Arsenal and Everton but stressed his loyalty to the club, although you get the feeling that maybe a little misguided given his previous treatment.

There are plenty of others who deserve mentions, notably Kenny Dalglish at Liverpool, Tony Pulis at Stoke and Roberto Stellone, Bruno Tedino and Davide Ballardini, all Palermo, but we’ll leave it there for now.