Jose not the man for Spurs surgery 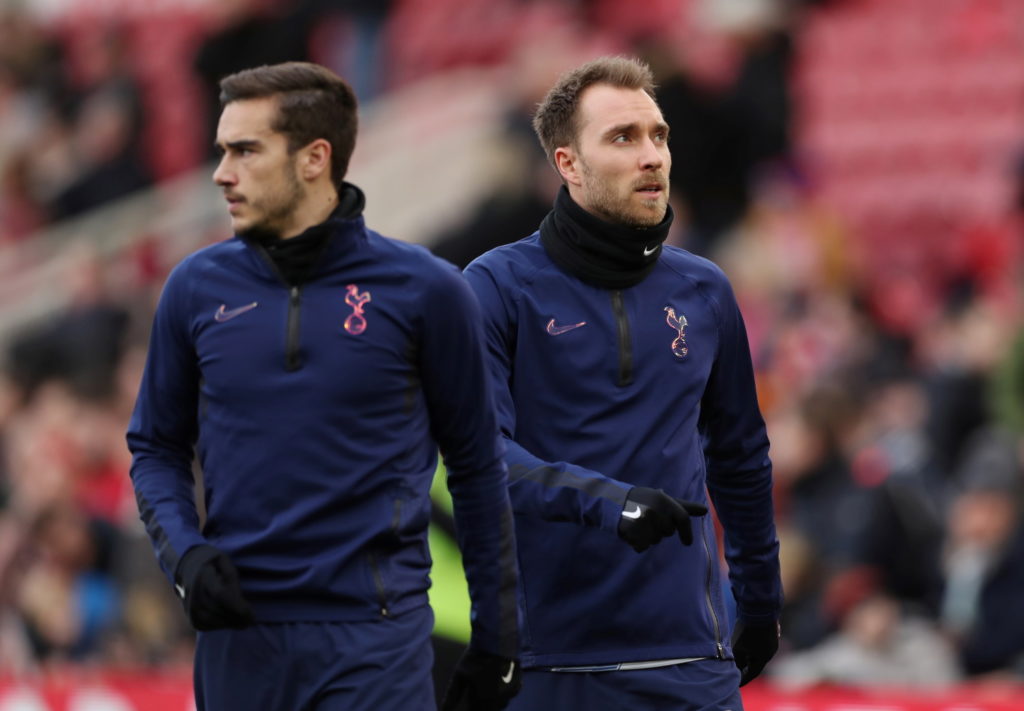 Over the last five years, Tottenham's midfield has been balanced, energetic and exciting.

However, a look at recent performances suggests their cycle could be over and now some hard work is required to bring their engine room back up to scratch.

The Spurs board famously failed to buy a player for 18 months before the summer of 2019 and, having stagnated last term despite reaching the Champions League, the signs were less than promising.

Mauricio Pochettino paid the price with his job in November – but had earlier suggested he should have left in the summer – and the board were decisive in appointing Jose Mourinho.

While he has experience of winning trophies, the 56-year-old is not known for patience among his list of virtues and his team’s sluggish displays over Christmas are starting to raise suggestions he may not be the man for this “project”.

Inter Milan are keen on Christian Eriksen but deny 🙅‍♂️ they've held talks with #tottenhamhotspur over a deal for the midfielder.

All season something has been off with Christian Eriksen and his demeanour suggests he will be on his way this month.

Who knows? With the Dane in the last six months of his contract, he is able to talk to teams in Europe regarding a free transfer in the summer, so is maybe biding his time.

Joining Real Madrid appears to be the 27-year-old’s dream but Paris Saint-Germain are thought to be readying a 20m euros bid for his services this month.

Furthermore, the word from Italy is that he is at the centre of a power struggle at Inter Milan.

Chief executive Giuseppe Marotta is keen on Eriksen, while manager Antonio Conte would prefer to sign Barcelona’s Arturo Vidal, with whom he worked at Juventus. Either way, the right offer could force the hand of both club and player.

Another Tottenham midfielder tipped for a January exit is Harry Winks. Hailed as ‘one of our own’, Winks has completed 90 minutes just twice since Mourinho was appointed in November.

The 23-year-old’s durability has also been called into question after he limped off in Sunday’s 1-1 FA Cup third-round draw at Middlesbrough with an ankle injury.

Mourinho has never been one to hang about if he feels players are failing to produce but Winks is not without suitors and both Manchester clubs are thought to be monitoring his situation.

With the ‘Special One’ seemingly not a fan of Giovani Lo Celso, Victor Wanyama permanently injured and Tanguy Ndombele still not fully up with the pace of the Premier League, options are limited.

That pretty much leaves Eric Dier and Moussa Sissoko to man the engine room. Both players are internationals and both have their talents. However, they also slow the game down, while Dier’s lack of pace looks to be the target of opponents on an increasingly regular basis.

Dele Alli is also still to find his form of two years ago, while Erik Lamela remains fragile and youngster Oliver Skipp untested.

Things grew stale under Pochettino, with the board’s unwillingness to reinvest leaving them playing catch-up.

Although Toby Alderweireld has signed a new contract, Jan Vertonghen is thought to be on his way, meaning defensive reinforcements could also be needed.

Surgery is required to get Tottenham back up to speed although Mourinho may not have the patience to perform the operation.