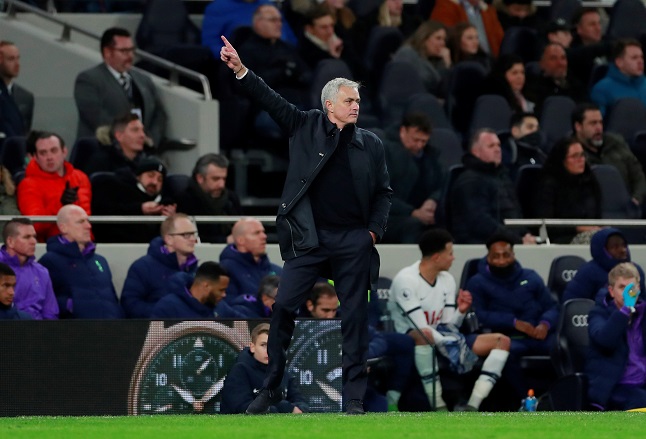 Tottenham are set to delve into the loan market this month with Jose Mourinho keen to bolster his midfield options.

Spurs were dealt an injury blow earlier this week when it was confirmed that Moussa Sissoko will be sidelined for three months with a knee injury.

Fellow midfielders Tanguy Ndombele and Harry Winks have also held fitness concerns over recent weeks, while Victor Wanyama has only featured once under Jose Mourinho and it appears his time at the Tottenham Hotspur Stadium is coming to an end.

The jury also remains out on Giovani Lo Celso, who has only started twice since joining on loan from Real Betis during the summer, while the future of Christian Eriksen, who could operate in a deeper role, also remains up in the air, as he appears to have no interest in signing a new contract.

That leaves Eric Dier as the only fit and senior central midfielder available to Mourinho, something that could become particularly problematic, as the Portuguese has tended to operate with two defensive midfielders during his time in North London.

The suggestion is that Spurs will look to add at least one midfielder on loan during the ongoing transfer window, although it appears their interest in Flamengo star Gerson has wavered.

Spurs were said to be interested in signing Gerson off the back of his performances in Qatar, but it now appears that interest has cooled.

Speculation that the Lilywhites could rekindle their interest in Sporting Lisbon midfielder Bruno Fernandes also appears to be wide of the mark.

Tottenham were keen to conclude a deal for the Portugal international during the summer, but Mourinho seemingly ruled out a move for his compatriot last month when he said that he “definitely” was not on their radar.

There certainly appears a need for Spurs to bolster their midfield ranks during January, but any additions are likely to be of a low-key variety, something that may disappoint supporters.