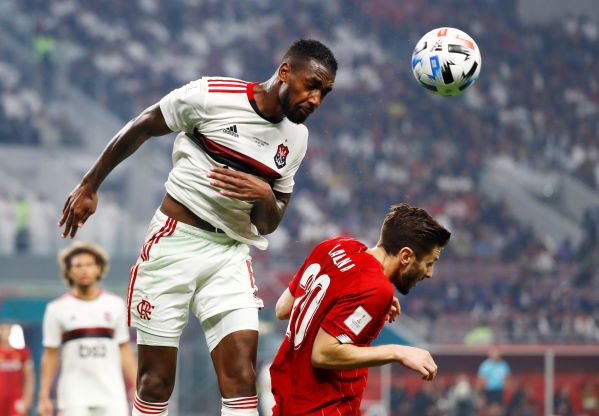 Tottenham Hotspur have enquired about Flamengo midfielder Gerson but have been told by the Brazilian club that they won't sell for less than £25.6million.

Spurs are on the lookout for a new midfielder in the January transfer window following the injury to Moussa Sissoko that rules him out until mid-April and Gerson could be a viable option.

The 22-year-old impressed for Flamengo during their run to the Copa Libertadores Final last year and ultimate victory in it against River Plate.

He also played in the Fifa Club World Cup last month and was on the field for 102 minutes of the Doha final as Liverpool clinched the title in extra time.

Spurs chief scout Steve Hitchen saw Gerson in action in the Copa Libertadores semi-final first leg against Gremio in October, so it looks like he has been on Tottenham’s radar for some time.

Earlier this week it was thought that Spurs’ interest in the Flamengo star had wavered.

But Globoesporte reported that en enquiry had been made for the all-action midfielder, who cost the Rio club 11.8m euros to repatriate from Roma.

Gerson spent three years in Italy from 2016-2019 after leaving Fluminense for Roma in a 16m euros deal.

But after making only ten Serie A starts in two seasons for the Giallorossi, he was loaned to Fiorentina and became a regular there before heading back to Brazil.

Elsewhere in the story, Globoesporte state Flamengo will not let Gerson go for less than 30 million euros (£25.6million).

That might be too much to tempt Spurs right now, but Jose Mourinho could intervene and push chairman Daniel Levy to back him with enough funds to secure the signings he wants.

As yet uncapped at senior level, Gerson was a regular in the Brazil Under-20 side in the 2015 South American Youth Football Championship.