On This Day: Kane hits double to break Tottenham record 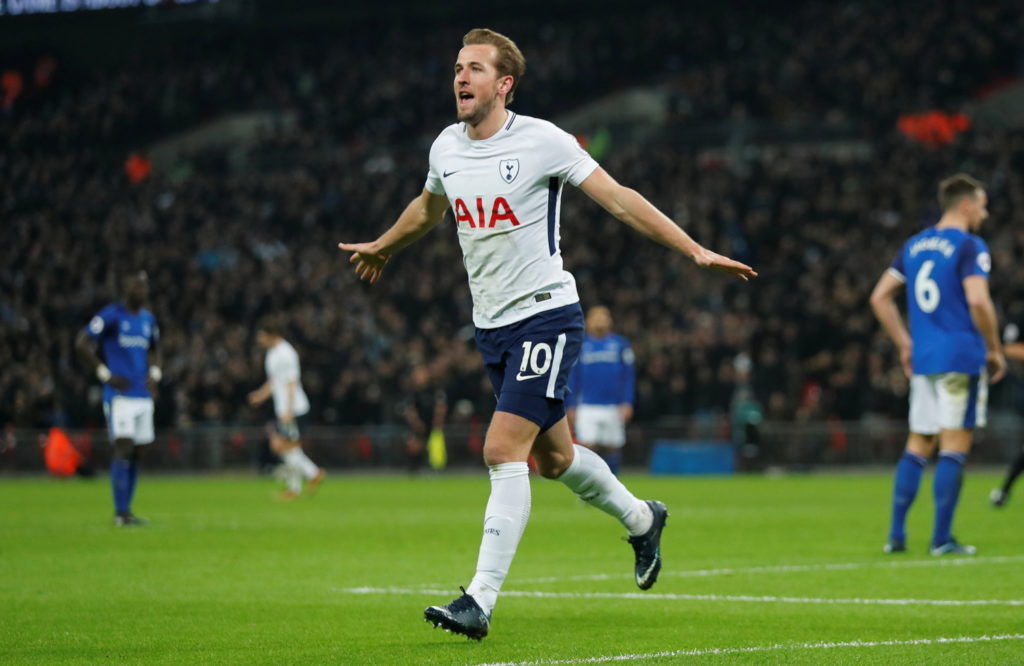 On this day in 2018, Harry Kane struck twice in a 4-0 win over Everton to become Tottenham’s all-time leading Premier League goalscorer.

Tottenham fans can often be heard singing “he’s one of our own” when referring to Kane and that chant proudly rang around their temporary home of Wembley on January 13, 2018.

The academy product was mid-way through his fourth season as a senior player with his boyhood club and he had made a serious habit of scoring goals.

Kane earned his stripes with loan spells at Leyton Orient, Millwall, Norwich and Leicester as a youngster before establishing himself as a key figure with the north London outfit in 2014-15.

Once given his chance, Kane grasped on to it with both hands and he ended his first full Premier League campaign with 21 goals in 34 games.

He had already notched three times in 10 appearances the previous season and Spurs fans were seeing the start of something special.

Many had claimed that his early form was just a flash in the pan, however, at this point he had firmly silenced any critics and was well on his way to becoming a club legend.

It’s no coincidence that Tottenham were fighting regularly for a top-four finish with Kane leading the way, finishing third in 2015-16 and second in 2016-17.

Hopes were high heading into 2017-18 and Kane was once again at the fore of things.

Prior to facing Everton on January 15, 2018, Kane had hit 26 goals in 27 appearances across all competitions – 18 of those in the league.

All eyes were on the forward at the national stadium as history beckoned with Teddy Sheringham’s Premier League goalscoring record in his sights.

Kane required two goals to surpass Sheringham’s tally of 97 and he had the record in the bag just shy of the hour mark against a woeful Everton.

Son Heung-Min got Spurs on their way before Kane equalled the record with a tap in after the South Korean’s shot fell to his feet from five yards out.

His second, to seal his place in the history books, came on 59 minutes courtesy of a scuffed effort to convert Eric Dier’s cross.

Christian Eriksen added the fourth in the closing stages but Kane rightly took all the headlines.

The England captain has continued to score at a meteoric rate and currently boasts 181 across all competitions as he looks to overtake Tottenham’s all-time top goalscorer Jimmy Greaves, who hit 266.