Mourinho bemoans injuries as Winks added to the list 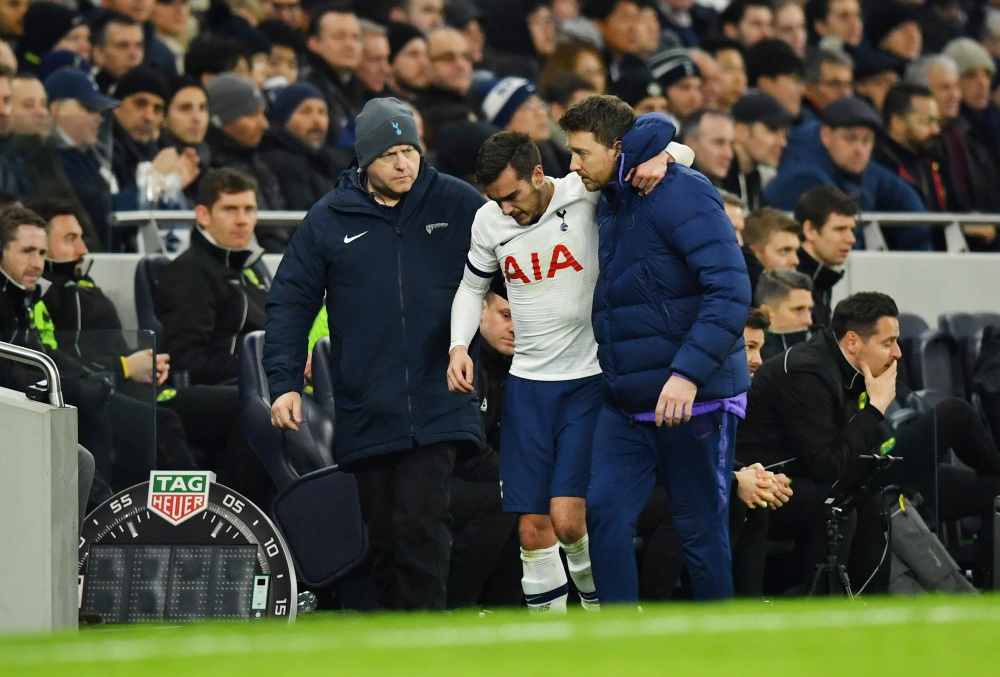 Tottenham will be hoping for good news on Harry Winks' ankle injury after boss Jose Mourinho said the midfielder would be out for "weeks not months".

The Spurs midfielder hobbled off during the second half of his side’s 2-1 win over Norwich following a challenge from Todd Cantwell and he will be fully assessed once the problem has settled down.

Mourinho was initially too worried to ask his medical staff the severity of the injury immediately after the game but offered a positive update when he left the stadium.

He said: “It is not a crazy one – hopefully weeks and not months.”

He had earlier said in his press conference: “I prefer not to know before I come in here so I come with a normal face. I don’t want to come in here with a very upset face, so I’m even afraid to ask, but when I leave here I have to ask.”

While Winks is the latest injury victim, Spurs did at least welcome back a key man from a spell in the treatment as skipper Hugo Lloris was given a surprise start, his first since suffering an elbow injury back in October.

Mourinho said only last Friday that the Frenchman would be out until early February, but he replaced Paulo Gazzaniga in between the sticks or Spurs’ first Premier League win of 2020.

Mourinho had mixed emotions, having dropped Gazzaniga on the back of keeping a clean sheet and saving a penalty at Watford on Saturday.

“It’s happiness to see one of the best goalkeepers in the world to be back,” he said. “It’s a very good feeling for us but at the same time it is one of these decisions that sometimes we must have it, but it hurts. To leave Paulo out hurts.”

The victory over the Canaries was not a pretty one for Spurs, who even though they closed the gap on fourth-placed Chelsea to six points, look a side far from capable of qualifying for the Champions League.

Having led following a promising first-half performance through Dele Alli’s 38th-minute tap-in, Norwich were in the ascendancy after Teemu Pukki’s penalty levelled matters.

But Son Heung-min’s 79th-minute header against the run of play got the home side out of jail.

Tottenham can now look forward to FA Cup action on Saturday as they prepare for a trip to St Mary’s to face Southampton in the fourth round.