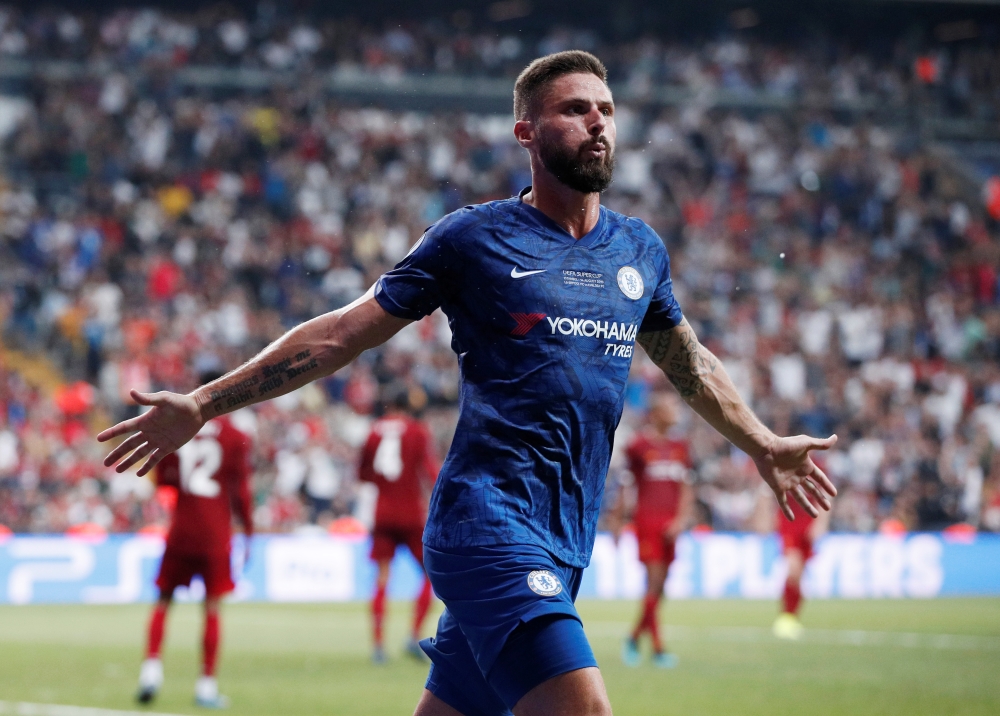 Tottenham Hotspur have reportedly thrown their name into the hat for the January signing of Chelsea's Olivier Giroud.

Spurs boss Jose Mourinho is desperate to bring in a new striker before the transfer window shuts on Friday after England international Harry Kane suffered a thigh injury that will keep him out until the end of April.

Numerous names have been linked with a switch to the Tottenham Hotspur Stadium, including former forward Fernando Llorente and AC Milan star Krzysztof Piatek, who has scored four goals from 18 Serie A appearances this season.

However, it now appears the north London outfit have turned their attention to Chelsea outcast Giroud, who has fallen down the pecking order at Stamford Bridge and is expected to leave this month.

The France international, who was part of his country’s 2018 World Cup-winning squad, is eager to get some regular playing time ahead of Euro 2020 and there are reports Inter Milan are working hard to secure his services on an 18-month contract.

After the Nerazzurri confirmed Matteo Politano’s move to Napoli on Tuesday, that has freed up a space in the squad and club president Giuseppe Marotta is optimistic of getting a deal over the line.

However, Spurs are doing everything they can to hijack the move although it may be difficult to convince Chelsea to sell to a direct rival, especially as there is still bad blood between the two clubs since the failed transfer for Luka Modric back in the day.

Giroud, who has been linked with a switch to Lyon in a player-plus-cash deal with Moussa Dembele, would likely be the number one choice if he made the move until Kane returned to full fitness and the prospect of leading the line, pretty much until the end of the campaign, will be tempting.

With the Frenchman having less than six months to run on his contract, it is thought a bid around the £5-6million would be enough to secure his services.

Giroud would become just the second player in Premier League history to play for Chelsea, Arsenal and Tottenham, joining William Gallas on the list.