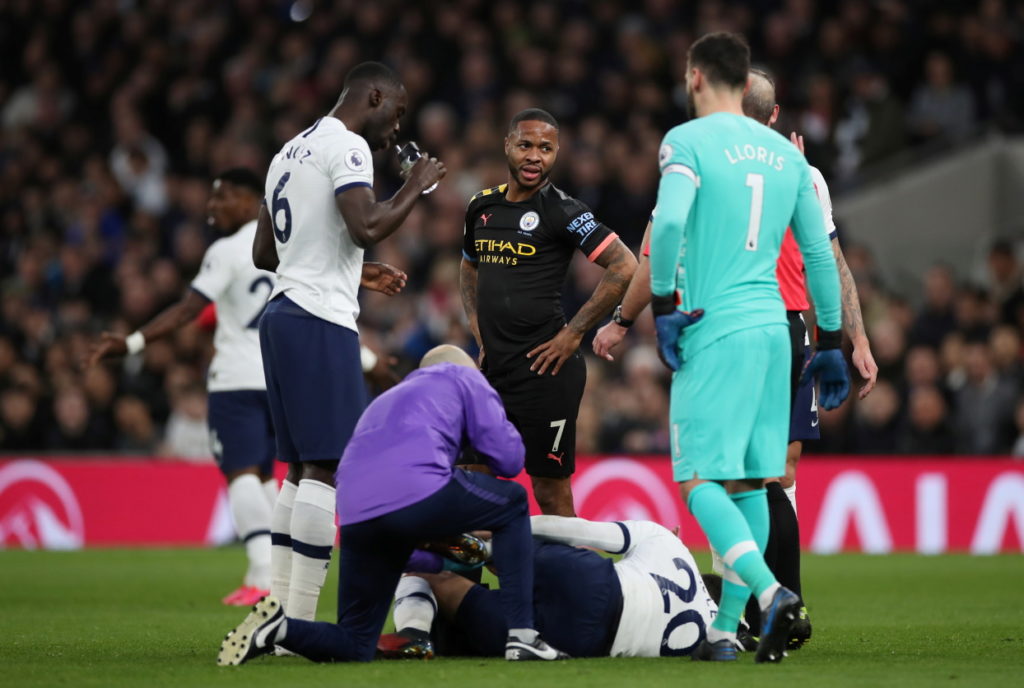 Jose Mourinho says Tottenham have concerns over the fitness of Deli Alli, who picked up an injury during Sunday’s 2-0 victory over Manchester City.

The Spurs boss felt a number of decisions went against the hosts during the game and insisted Raheem Sterling should have been sent off for an early foul on Alli.

Mourinho also suggested Alli may have suffered an injury following the foul and they now face an anxious wait to discover the extent of any damage.

There was also penalty controversy before Oleksandr Zinchenko did see red for City, with Tottenham taking advantage as debutant Steven Bergwijn opened the scoring and Son Heung-min wrapped up a 2-0 victory.

But while Mourinho, who would have enjoyed getting one over his old adversary Pep Guardiola to move Spurs up to fifth in the Premier League in the process, refused to criticise Dean he was clearly unhappy with the VAR contributions throughout the game.

“I love football and I thought I was going to love VAR, that was my initial feeling,” he said. “I love the truth playing for three minutes and then after three minutes, the VAR gives a penalty, then if it’s a penalty no problem. We can wait 10 minutes. I just want the truth.

However, Mourinho was full of praise for debutant Bergwijn, who struck a fine effort to break the deadlock.

“It was a debut goal that was the icing on the cake of a very good performance,” he said of Bergwijn, who joined from PSV Eindhoven on Wednesday.