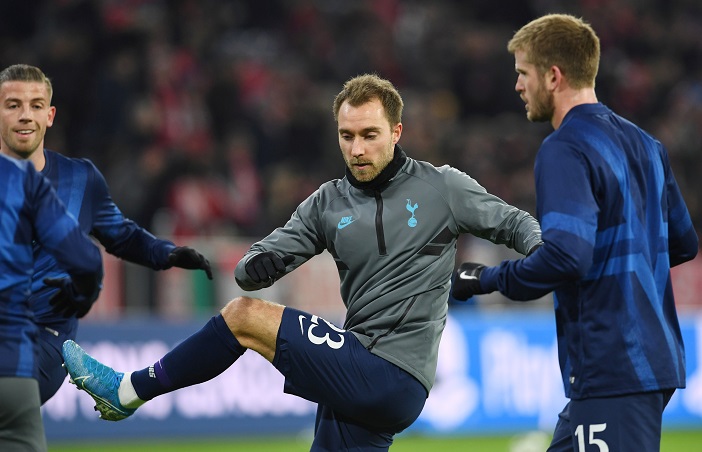 Christian Eriksen says he had to escape Tottenham last month as he felt he was getting most of the blame for the club's problems this season.

The 27-year-old brought the curtain down on a highly successful six-and-a-half-year stint in north London last month when he completed a £16.9million transfer to Inter Milan.

The Denmark international had less than six months left on his contract with Spurs and, having made it clear he wouldn’t sign an extension, the club were left with no choice but to cash in.

It was something of an ignominious ending for Eriksen at Tottenham and he has now lifted the lid on what life was like at the club after admitting in summer 2019 that he was looking to move.

Eriksen has revealed life at Spurs became difficult the day after they had lost the Champions League final to Liverpool, claiming the hangover from the defeat in Madrid carried over into the new season.

It is understood former boss Mauricio Pochettino found it tough to put the loss to the Reds behind him, which had an adverse effect on the squad as they made a poor start to the season.

Pochettino’s inability to get Spurs out of their rut eventually cost him his job and Eriksen felt he was unlucky to get the sack given other members of the Premier League’s ‘big six’ have also found the going difficult this term.

The former Ajax midfielder felt he and Pochettino shouldered quite a lot of the blame for Tottenham’s troubles this year and says some of the criticism was unjustified.

“Any player would think about leaving. I was just the guy who said it publicly.”

Christian Eriksen says he was “the black sheep” at Spurs.

Eriksen says he paid the price for being honest in admitting he wanted a new challenge and is glad to have put all it behind him by moving to Inter.

“I did get the blame for a lot of stuff, for being the bad guy. I read I was the bad person in the changing room, that ever since I said I wanted to leave it was no good me being there,” he told BBC Sport.

“To be honest, over the last few years, if anything came up, any player would think about leaving but I was the guy who said it publicly.”

Eriksen went on to praise Jose Mourinho’s handling of the situation, claiming the Portuguese boss told him to be “happy” after making it clear he wanted to move on from Spurs.