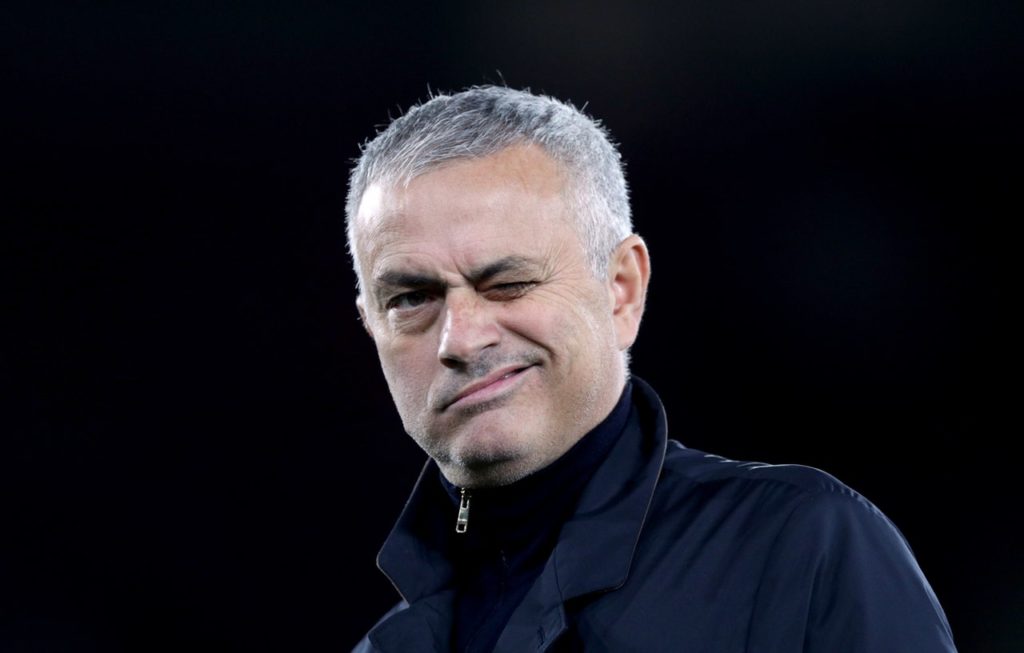 Tottenham boss Jose Mourinho claims he’s happy and is adamant he has no regrets regarding his move to Spurs.

After a bright start for the former Chelsea and Manchester United boss, Mourinho and his side have a real battle on their hands to finish in the Premier League’s top four this season.

Following a run of four games without a victory in the league, Spurs have responded with back-to-back wins against Norwich and Manchester City.

Now there are just four points between themselves and fourth-place Chelsea, as the battle to secure Champions League football looks like it will go right down to the wire this season.

Former Arsenal and England midfielder Paul Merson wrote in a recent column that he feels Mourinho is regretting his decision to make the move to the Tottenham Hotspur Stadium, saying: “You don’t see him high-fiving ball boys now do you?”.

However, Mourinho is adamant he is enjoying the role and says he is excited by what the future holds at the north London outfit, especially ahead of next season.

“You know me quite well, enough to know that I am really happy. Difficult? Yes, but if it was not difficult it wouldn’t be for me.

“I like the players and who they are. I like very much the relationship I have with them. If you see a bad face from me it is because of a bad result. I cannot change myself.

“That’s just me. The reality is that I am happy and I look forward to what is coming, and even more for what is coming next season. I want to start working with them in July.”

Spurs will look to maintain their push for Champions League football next season when they travel to Aston Villa in the Premier League on Sunday.