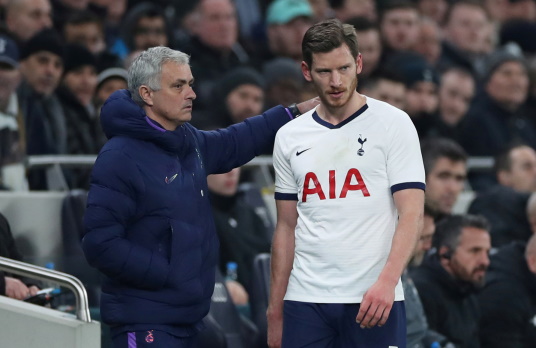 Spurs boss Jose Mourinho made the most of a weekend off by taking the chance to catch Champions League opponents RB Leipzig in action.

Tottenham didn’t have a fixture this weekend as the latest round of Premier League fixtures has been staggered across two weekends, with the north London outfit next in action on February 16 when they head to Aston Villa.

Mourinho’s side then host Leipzig three days later in the first leg of their Champions League last-16 tie and the Portuguese coach travelled to Germany over the weekend to watch the Red Bulls claim a 0-0 draw at Bayern Munich in the Bundesliga.

When the draw was made it was suggested Spurs had been handed a favourable tie but Leipzig are currently second in the German top flight, just one point behind Bayern, and Mourinho is taking nothing for granted.

The Spurs manager could have watched the game on TV, but he says watching the game live was a chance too good to pass up.

“It’s very important. I can see small details. Even the warm-ups. I can see what TV and video don’t give me. To see the warm-ups and to see what the players do individually,” he said, as reported by Sky Sports.

Spurs reached the final of Europe’s top competition last season and it is one of two pieces of silverware they could claim this season.

The Lilywhites are still involved in the FA Cup but have been eliminated from the EFL Cup and a top four finish is now their target in the league, with Spurs 36 points behind leaders Liverpool.