Tottenham show they have the stomach for Champions League fight 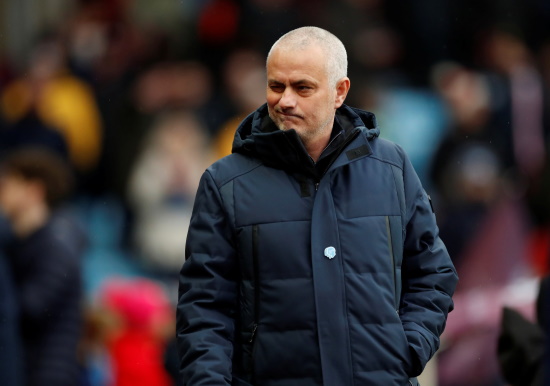 With the Premier League title race well and truly over, fans are now trying to find something else to get excited about this season.

Neutrals will say the relegation fight is still going to go down to the wire, but Norwich need to improve their fortunes if they are to have any chance of making it until May.

Manchester City’s quest for their first Champions League title is on, but the news that they are banned from European football has rocked the rest of the Premier League.

The team that finishes fifth will now get the chance to play Champions League football next season, and Tottenham would have fancied their chances of doing that before they travelled to Villa Park on Sunday.

Spurs went into the game in good form, and left the West Midlands with all three points after a 3-2 success, with Son Heung-Min and Toby Alderweireld both making amends for mistakes in the game.

Alderweireld scored an own goal inside the first 10 minutes, but he soon responded as he smashed the ball home from a tight angle to level matters. Son then missed a penalty on the stroke of half-time after Pepe Reina’s save but he tapped-in the rebound from close range.

Tottenham’s fighting spirit has been questioned at times this season, but they showed great heart to snatch a winner in stoppage time, with Son the hero after he capitalised on a howler from Bjorn Engels – who also gave away the penalty before equalising for Dean Smith’s side – to race through and beat Reina.

Spurs remain fifth, but have now closed the gap on fourth-place Chelsea to just one point, although they have played one game more than the Blues who host Manchester United on Monday night.

Mourinho is looking at the positives and piled the praise on his players after they extended their unbeaten run to six matches.

"Amazing attitude, ambition and togetherness. The boys went until the last second."

Mourinho told the club’s official website: “Fantastic, important, and we had to work a lot for that.

“You know, we scored almost at the end. People can say, ‘okay, a bit of luck’, but I’d say amazing attitude, ambition and togetherness and the boys went until the last second, so I’m so pleased for them. Thanks so much to the fans that came, they provided fantastic support.

“We’ve had so many difficult matches that in the last minute, in the last second, we can win, we can lose, but the boys were fantastic.

Spurs’ attention will now turn to RB Leipzig in the Champions League, and they have shown in the last few weeks that they can really challenge under Mourinho.

The victory over Manchester City was in some ways impressive, while they can still claim FA Cup glory after their win over Southampton.

Spurs have moved on well since selling Christian Eriksen, although Jan Vertonghen’s future stills needs to be sorted out.

However, after a sloppy start to the campaign, Spurs now look well organised and have shown they are ready for the fight as they try to leapfrog their bitter rivals.