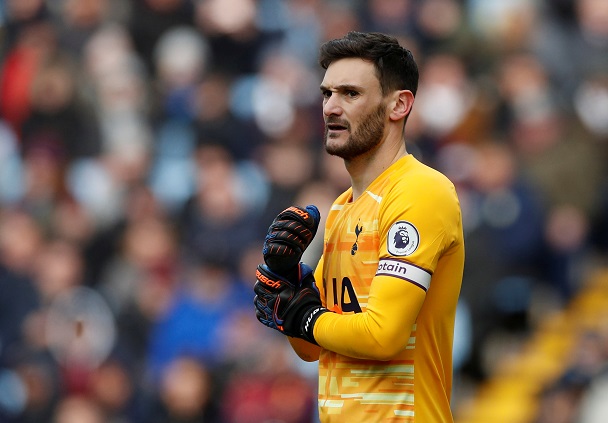 Hugo Lloris says it is points not performances that matter for Tottenham ahead of the final stages of the season.

On Sunday, in a pulsating match against Aston Villa, Spurs had to rely on an error from Villa defender Bjorn Engels to hand them victory as he missed clearance allowed Son Heung-min to score his second of the match to snatch a 3-2 win.

Spurs were unconvincing in their win, as they let Villa take the lead early on after Toby Alderweireld misjudged a deflected cross and bundled the ball past Lloris for an own goal.

Alderweireld’s superb instinctive finish got them back level before Son followed up a poorly struck penalty to give Spurs the advantage at the break.

Engels’ header got Villa back level but Spurs showed the resilience classically associated with Jose Mourinho’s team to go on and grab the win.

It puts them fifth in the table, one point adrift of Chelsea, as they aim to finish in the Champions League places for the fifth consecutive year despite enduring a difficult season.

Speaking after the Villa Park test, Lloris admitted that his side need to improve going into the run-in but says gaining points is far more important than playing to their maximum.

“Especially at this period of the season, only the points matter,” he said. “We had a difficult game. We have to give a lot of credit to Villa but we never gave up. We expected a tough game, it was a big battle played in difficult conditions with a lot of wind.

“There are a lot of positive things, we still need to correct the negative ones but we have to be happy with the result.”

Spurs resume their Champions League campaign in midweek when they host RB Leipzig in the first leg of their round of 16 tie.

They then face a trip to Chelsea next Saturday in what could be a defining game in their season before hosting Wolves on March 1.

The north London club have not been inside the top four since their 4-0 win against Crystal Palace on September when Mauricio Pochettino was in charge.