Mourinho wishes it was July as Tottenham slip up 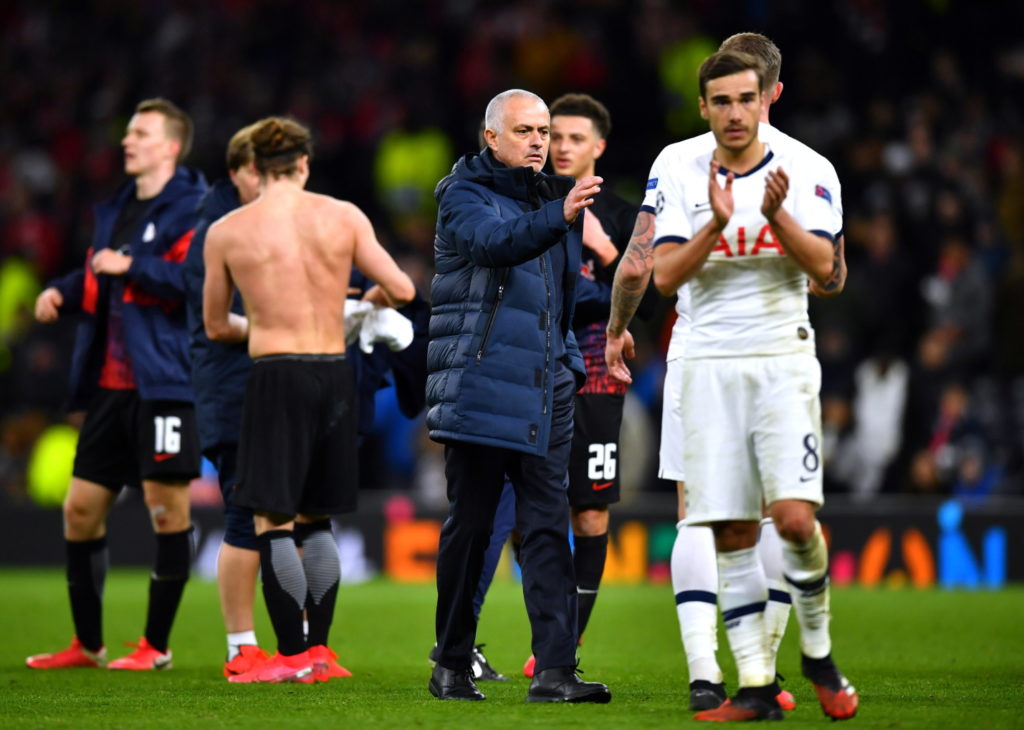 Jose Mourinho admitted he wished it was July already as his depleted Tottenham side slipped to a 1-0 defeat against RB Leipzig on Wednesday night.

Spurs, without Harry Kane and Son Heung-min, struggled to create chances in the first leg of the last-16 tie and lost courtesy of Timo Werner’s second-half penalty.

Ben Davies gave the spot-kick away with a clumsy challenge on Konrad Laimer in the 56th minute and it leaves the Premier League top-four hopefuls with a deficit to wipe out in the second leg, but first they must focus on Saturday’s trip to Chelsea.

The injury situation is clearly having an effect on Mourinho, who was downbeat as he addressed the media after the defeat.

Mourinho compared Tottenham’s current situation to Liverpool losing Sadio Mane, Roberto Firmino and Mo Salah and Barcelona, if they were without the services of Lionel Messi, Luis Suarez and Antoine Griezmann.

RB Leipzig dominated from the off and only two fine saves by Hugo Lloris ensured it was goalless at the break.

He was beaten by Werner from the spot but ensured Spurs were still alive in the tie with an excellent stop to deny Patrik Schick in the second period.

"The result is open. Why shouldn't we believe?"

Tottenham did have their moments, with Bergwijn and the impressive Giovani Lo Celso testing Peter Gulacsi before Moura headed over late on.

“We are speaking about a very difficult situation and if I could, if I could, I would move immediately to the first of July,” Mourinho said.

“And the first of July with Harry Kane, with (Moussa) Sissoko, with Son, with (Steven) Bergwijn, with Lucas (Moura), with (Erik) Lamela. I would love to be on the first of July, but I am not.

“We are the 19th (of February), so we have to fight until the end. I feel really proud of the boys. I arrived here 12 points behind the fourth (team). We are one point behind the fourth and we are going to fight.”

In spite of the club’s injury problems and lack of attackers, their head coach insists all is not lost.