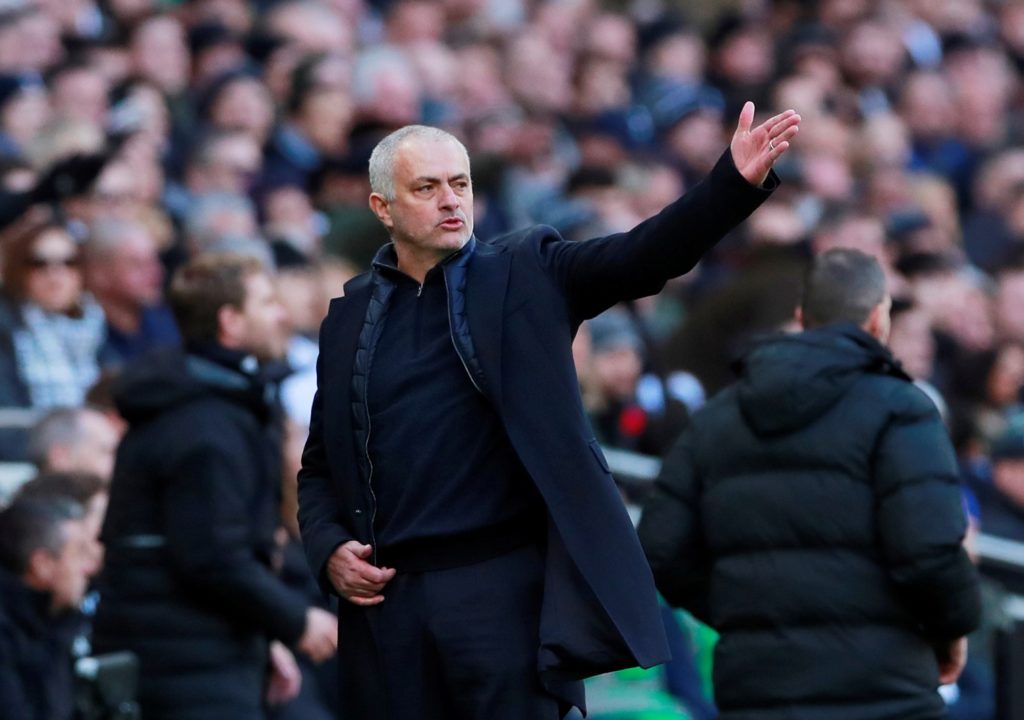 Tottenham boss Jose Mourinho has told his players that they need to play with more aggression if they are to achieve their objectives for the season.

Sunday saw Mourinho and his Spurs side suffer more frustration as they went down 3-2 at home to Wolves, their 10th defeat of the 2019-20 campaign.

Sat seventh in the Premier League on 40 points, Tottenham are five adrift of the top four after two straight defeats.

While it remains unclear as to whether fifth place will be good enough for a Champions League spot due to Manchester City’s European ban being in the hands of the Court of Arbitration for Sport, top four has to be the goal for all involved.

Mourinho has become known as a serial winner during his career but his current team lack the street smarts that have accompanied his rise to stardom over the last two decades.

The Portuguese acknowledged this after Sunday’s defeat, in turn praising Wolves for their use of tactical fouls and all-around game-management.

Tottenham are next in action on Wednesday when they face Norwich in the fifth round of the FA Cup, before travelling to Burnley on Saturday.

Mourinho says there is plenty to like about his side’s play but wants to add the extra edge he feels they need to go to the next level.

“Not just today on the second and third goal, but for quite a long time because we don’t have that aggression, that ruthlessness,” the 57-year-old said. “I think we are too good, we are too nice and that was the only thing that made a difference in the game, because tactically I think the team was really good.

“I cannot complain to the players about the spirit, about their fighting, I can complain about some psychological characteristics that is not easy to change, but I have nothing to complain with the players at all, I think the result is very unfair.”