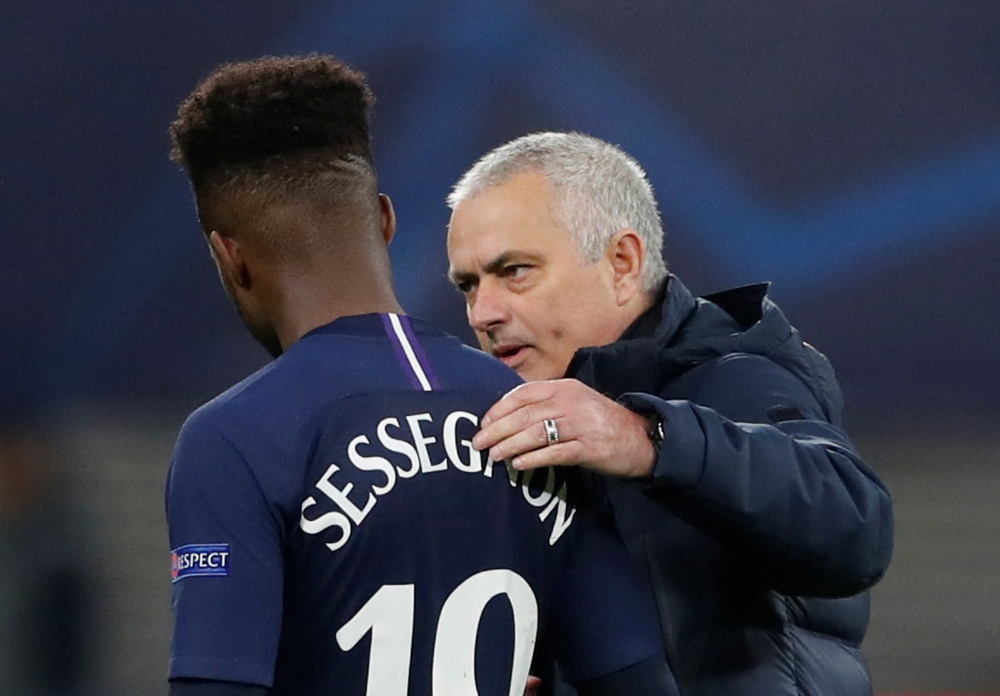 With an unprecedented injury crisis at Tottenham this season, much of the positives from Jose Mourinho’s tenure so far have gone under the radar.

Harry Kane, Son Heung-min, Moussa Sissoko and Steven Bergwijn all missed out on Spurs encounter with RB Leipzig on Tuesday night as Tottenham crashed out of the Champions League in the last-16 with a 3-0 defeat in Germany.

Many of his critics will look at it as excuses but Mourinho has rightly pointed out the personnel missing for the disappointing night in Leipzig.

The former Chelsea and Manchester United boss said no team on the planet would be able to cope with the number of injuries to key players his side have suffered in recent months.

🗣 @LucasMoura7 has his say on the defeat to RB Leipzig.#UCL ⚪️ #COYS pic.twitter.com/pTlOyYFi1l

“It looks like the obvious is that the problems accumulate with the accumulation of injuries,” Mourinho said. “If you want to make an exercise and imagine Leipzig tonight without Sabitzer, (Patrik) Schick, (Timo) Werner, do you think they would win the way they did?

“You go to the European champions and make an exercise? Liverpool without (Mohamed) Salah, (Sadio) Mane, (Jordan) Henderson, (Roberto) Firmino.

“You want to go to Spain and do Barcelona without (Antoine) Griezmann, (Lionel) Messi, (Luis) Suarez.

“Do you want to make this exercise with every team in the world?”

Clearly frustrated by the team’s lack of fortune in the injury department, Mourinho will already know the positive things he has begun to implement since his arrival in north London.

The Portuguese tactician was of course given a team on the slide, as we all know very few managers come into a club on the up.

Confidence was low during the end of the Mauricio Pochettino era, as the hangover from a Champions League final defeat seemed to linger on far longer than expected.

Mourinho did enjoy a honeymoon period at the start but injuries to the likes of Kane and Son really took the wind out of the sails at the Tottenham Hotspur Stadium.

But again, looking towards the positives, Mourinho has been able to see which players he can trust to develop going forward into next season.

Toby Alderweireld, after months of being linked with a move away from the club, decided to extend his stay in the capital by signing a new three-and-a-half-year contract.

That was a massive vote of confidence for Mourinho, especially after the drawn out saga that saw midfielder Christian Eriksen move on to pastures new with Inter Milan.

The big names will return to fitness and Spurs are expected to splash the cash this summer.

While things might look pretty bleak now at Tottenham, these hard months of battling without their big names could benefit the unity of this developing squad down the road.